The Tag Factory Goes Down 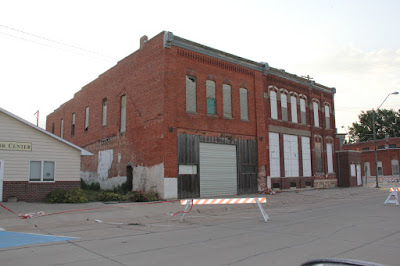 Progression of Tag Factory Demolition photos.  Started with the back and worked their way around.

From the east everything still looks great in this photo of the Tag Factory taken during demolition which started June 21.  The Tag Factory, which has dominated the downtown landscape in Exeter for over a century, was reduced to a pile of rubble by Monday, June 27.  Brent Pankoke, of Beaver Crossing, won the contract to remove the landmark which had deteriorated beyond repair before it was donated to the village.  Also included in the demolition contract is the Modern Products building which is adjacent to the south of the Tag Factory and the building across the street from the Tag Factory which sits between the Village office building and the American Legion Home.  The Village has not firmed up plans for the new empty spaces downtown. 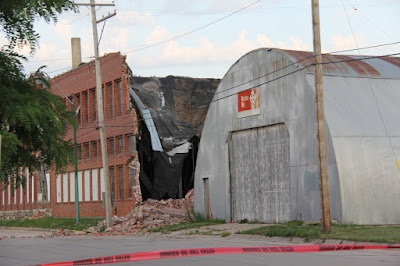 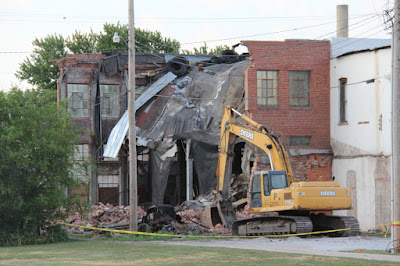 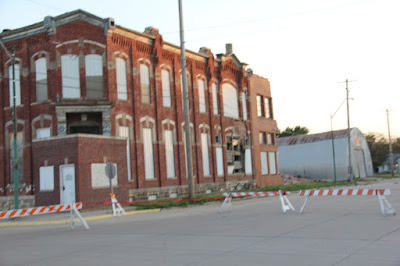 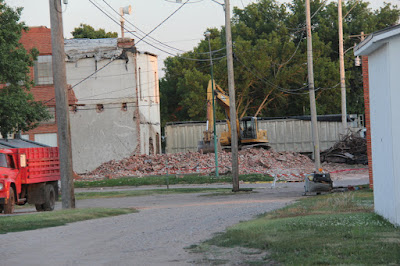 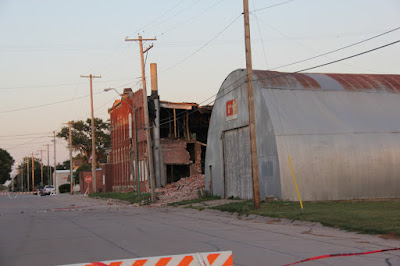 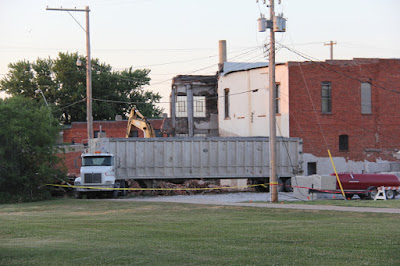 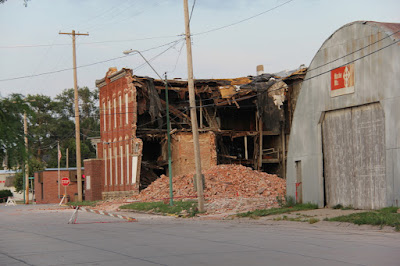 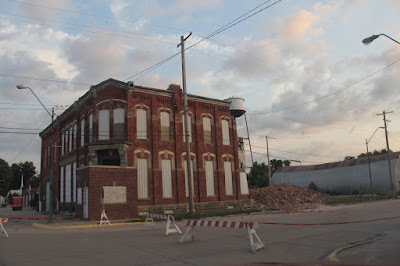 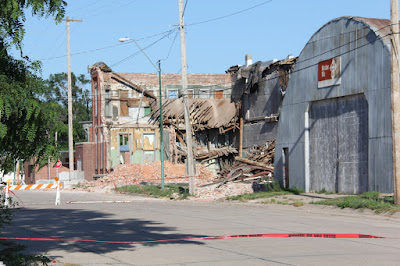 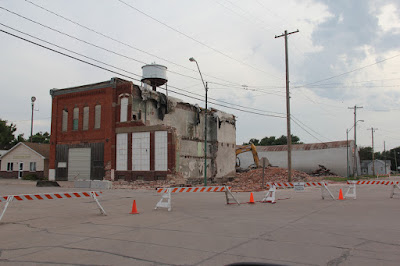 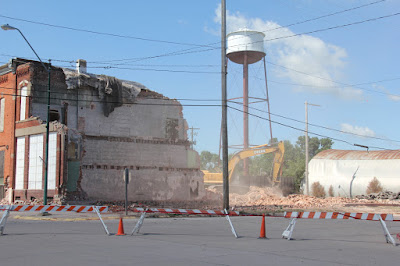