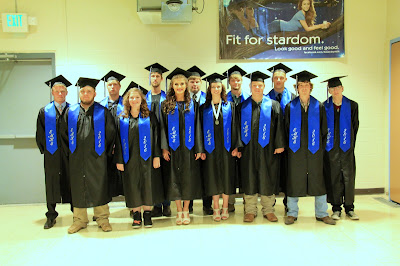 Exeter-Milligan Superintendent Paul Sheffield presented a class of thirteen graduates for diplomas on Saturday, May 7 in the Exeter gym.

This was the first Exeter-Milligan class to graduate who attended all thirteen grades together.

Their class flower was the Sunflower and colors were maroon and purple.  Their motto was “Don’t tell us is the sky is the limit when there are footprints on the moon.”

After the processional was played by Ella Wilkins and Caitlin Murphy, Senior Brianna Beatham gave the welcome.

After the senior video was played the senior thoughts were given by Janey Due and Spencer Papik.  Due opened her speech with a quote from Nelson Mandela, “After climbing a great hill, one only finds that there are many more hills to climb.”

She reflected on the special traditions the class had embraced along with the wonderful memories they made on their senior trip.

School Board Vice-President Tim Pribyl presented the class of 2016 with their diplomas and invited them to move their tassels over before the crowd was dismissed.

The graduates received well-wishers in a reception line outside the school. 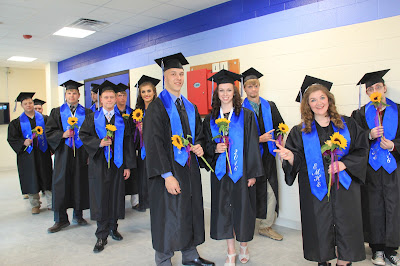 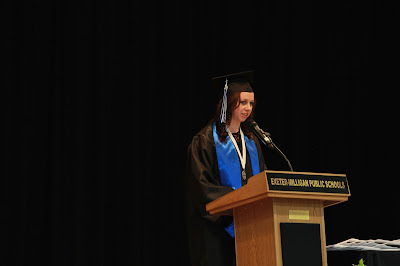 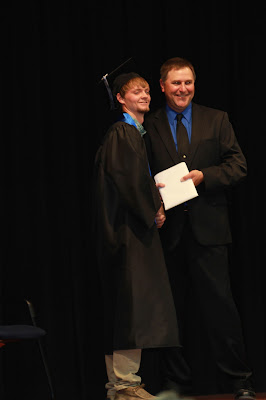 Above – Exeter-Milligan School Board Vice-President Tim Pribyl presents Jack Dinneen with his diploma.
Posted by Leesa Bartu at 7:30 AM