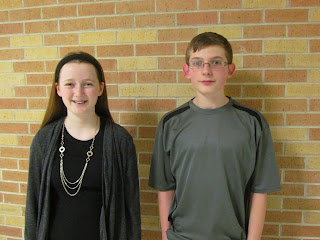 Caitlin Murphy and Nick Hayek, from Exeter-Milligan, performed in the NSBA 8th Grade All-State Band on January 16.  They were 2 of 82 students selected from 471 auditions across the state.  The all-state band premiered "Chimney Rock Celebrations," a band piece by Robert Sheldon.  Robert Sheldon was the group's conductor for the concert.
-- 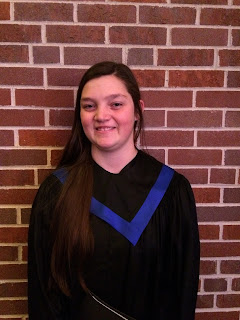 Exeter-Milligan student Katie Skinner participated in the Doane Vocal Festival on January 10-11. There were around 250 students chosen for the group through a nomination process.  The concert was under the direction of Dr. Kurt Runestad.
Posted by Leesa Bartu at 7:30 AM