Timberwolves Make It Win #31 at Home 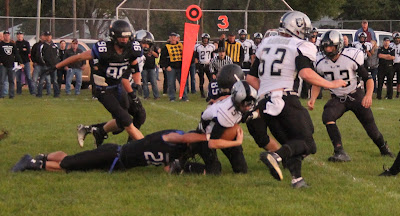 Kirby and Sean make sure that Raider isn't going anywhere. 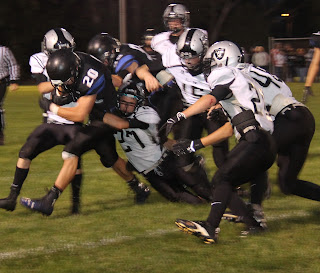 Sean makes some yardage dragging along some Lawrence-Nelson players. 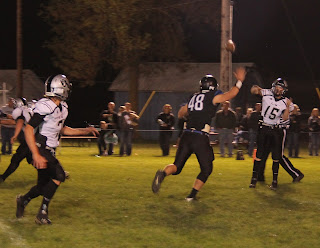 Cameron White almost gets a hand on the ball. 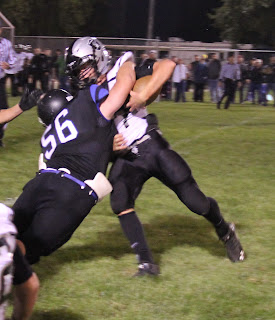 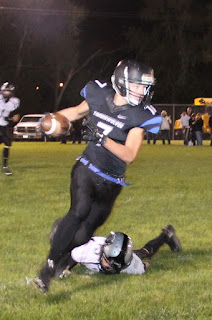 Trevor Luzum with the ball.

The Timberwolves jumped on the board right away putting up eight.  The Raiders turned the ball over on downs after one series and the T-wolves were back at it again with Sam Zeleny taking it in for a touchdown that was called back for a penalty.

At the half it was 22-6 with the T-wolves controlling the game packing on the points with a score of 36-6 with four minutes left in the third quarter.

Next week the Timberwolves travel to Falls City to take on Falls City Sacred Heart.