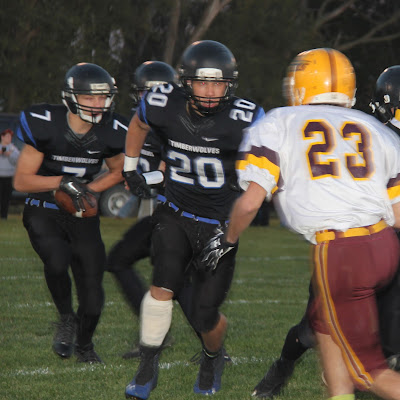 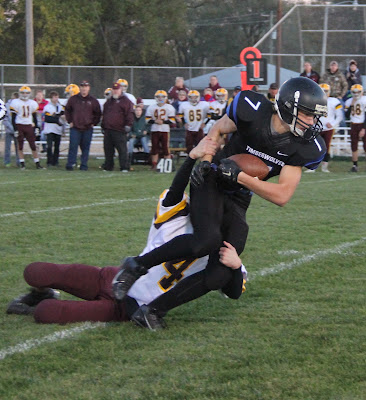 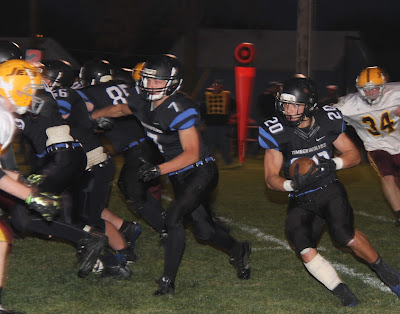 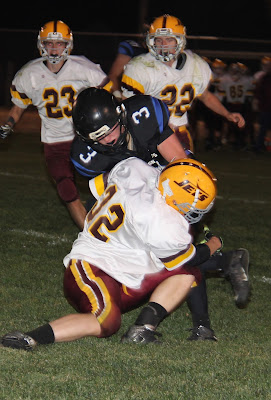 Sterling's defense was tough but Sam Zeleny #3 found the end zone anyway.  Two of E-M's touchdown's were called back for penalties. 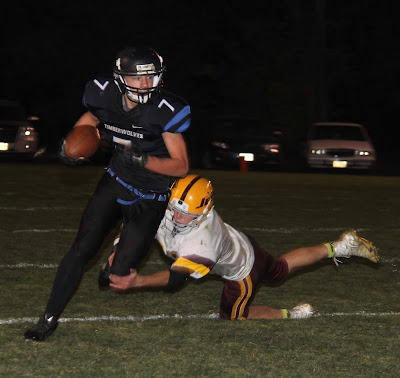 Luzum carries the ball and below Kirby Soukup, Maxson and Spencer Papik go after the Sterling ball carrier. 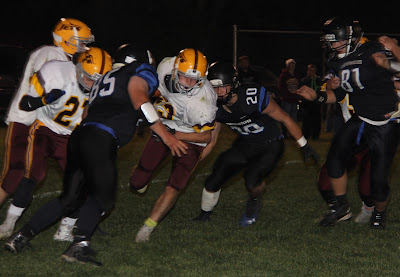