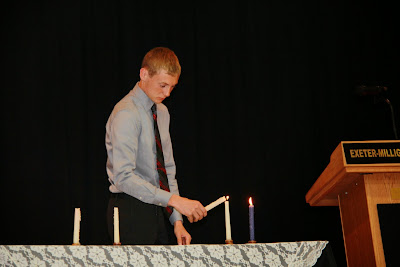 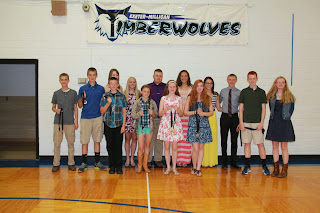 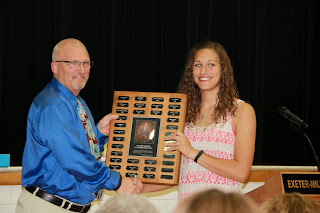 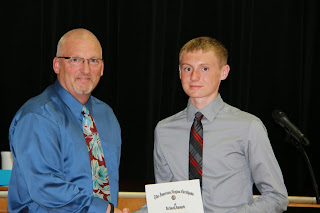 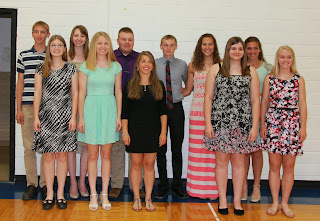 Mrs. Wahl and Mr. Marr spoke about the junior and senior high quiz bowl teams with Mr. Marr presenting Brody Kresak and Maitlyn Thomsen special bags in honor or participating in Quiz Bowl for all four years of high school.

One-Act Play achievements were read by Mrs. Haider as well as the Exeter-Milligan accomplishments in Speech.

In Mrs. Vossler’s absence, Superintendent Paul Sheffield recognized the FCCLA members and their accomplishments along with identifying the STAR projects that the students competed with this year.  Caitlin Murphy’s project, “From Rags to Rugs” and Kayla Bonds, Hannah Horne and Katie Mounce’s project “Electronics Down” all received gold medals at the state FCCLA competition and will advance to the national competition in Washington D.C. this summer.

Mr. Sheffield and Miss Severson presented medals to the students who placed on the NeSA tests before

Mr. Wilbeck presented the many scholarships and awards to the senior class.

Brody Kresak closed out the evening.
Posted by Leesa Bartu at 7:30 AM