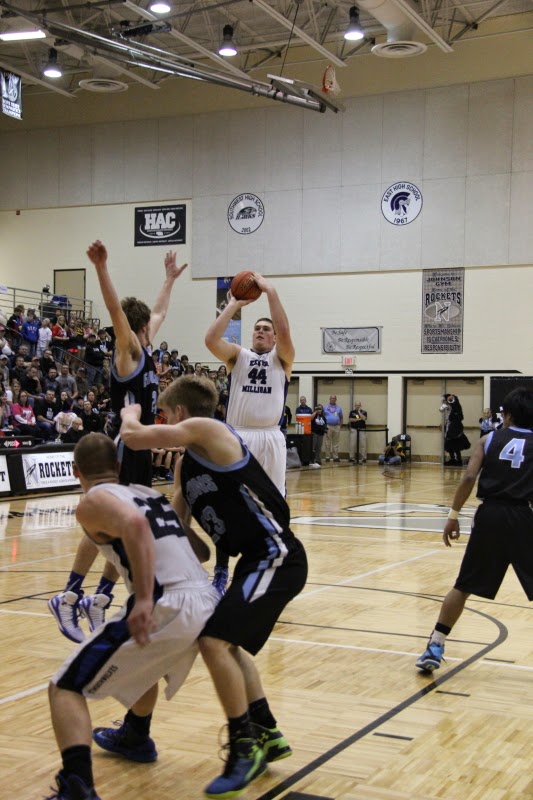 Broc Mueller puts it up for two points during the first half. 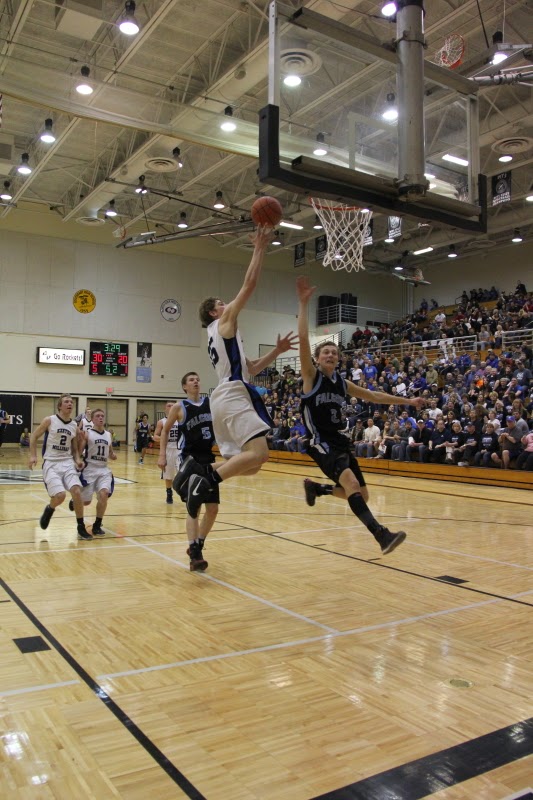 Jarett Maxson takes the ball downtown for another two. 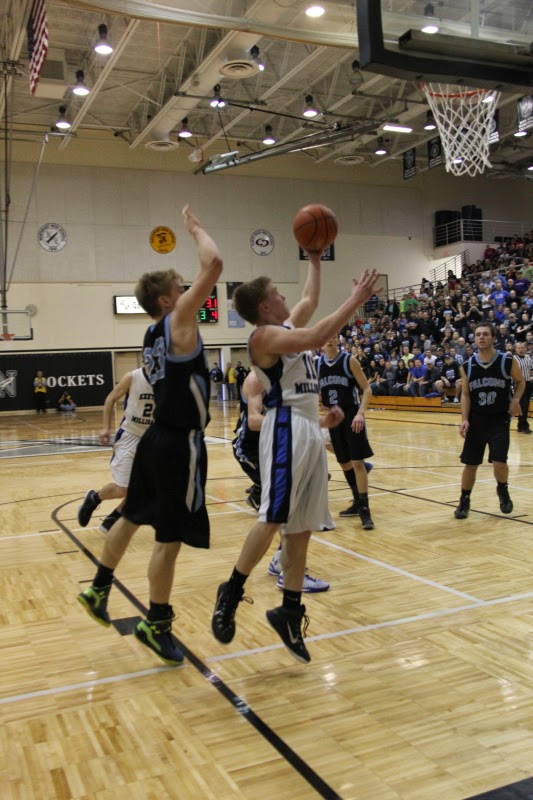 Sam Zeleny takes the ball in for a score. 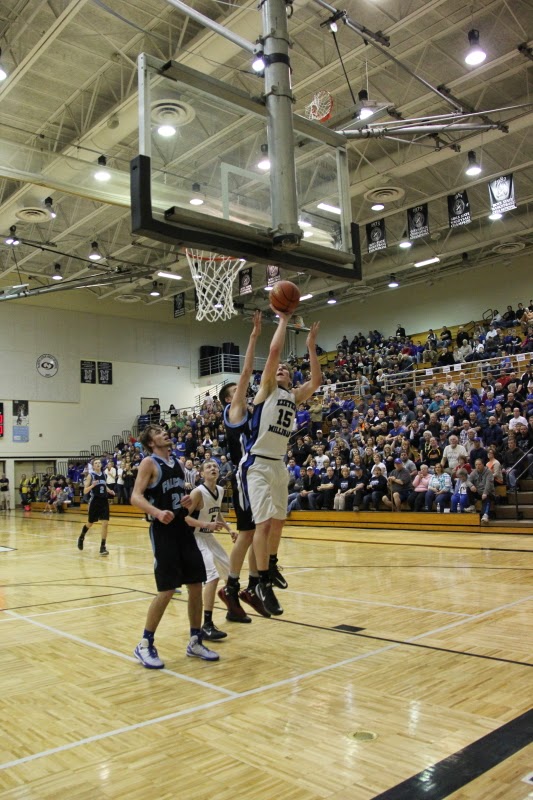 Jarett Maxson is back in for two points. 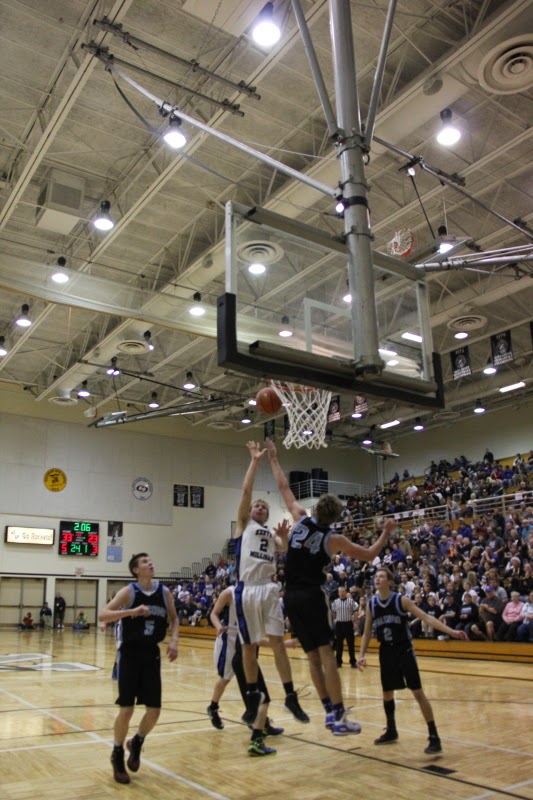 Derek Luzum tops Wilxox-Hildreth's players and puts the ball in. 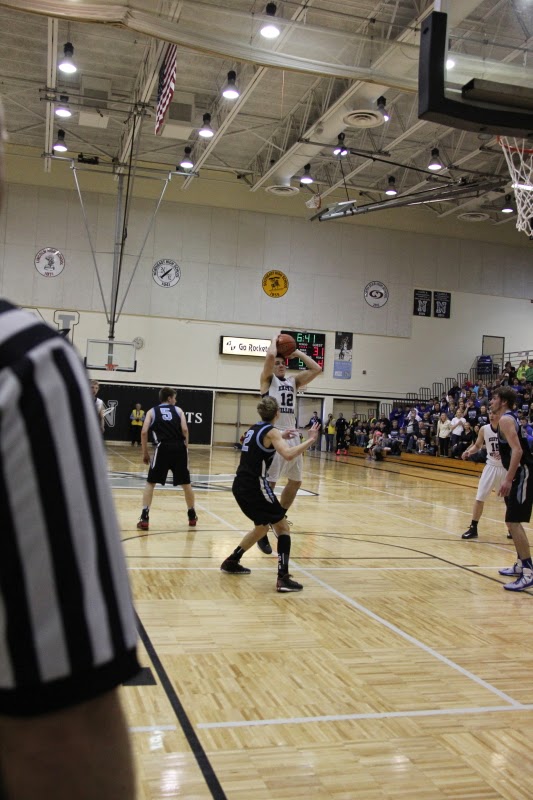 Dusty Axline put some more points on the board for the Timberwolves. 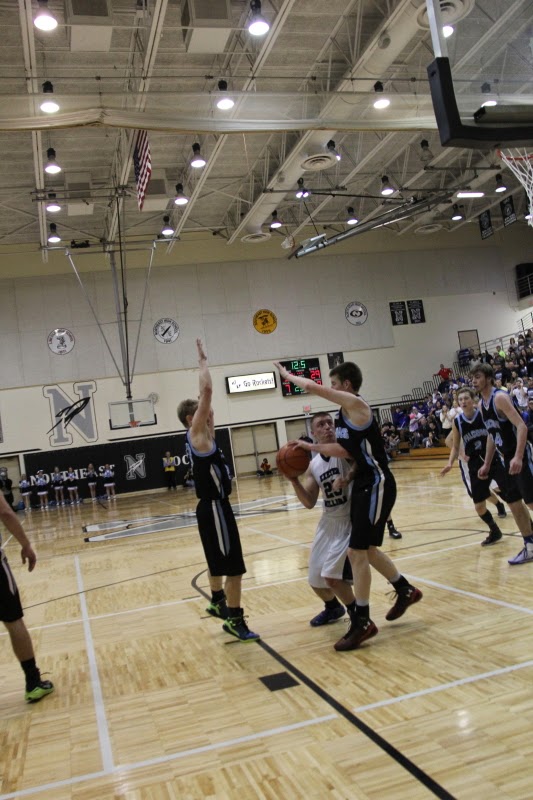 Kyle Jensen moves around the Wilcox-Hildreth player for two points.

Exeter-Milligan may have not put the first points up on the board but in the end it was the points they put up that mattered.
The Timberwolves took down the Falcons 49-40 on Thursday morning at Lincoln Northeast.  They now move on to the semi-final round which will be played at Devaney Sports Center on Friday at  2p.m.  For
those who are not able to go to the game it will be broadcast on KTMX 104.9 FM.
Posted by Leesa Bartu at 7:06 PM