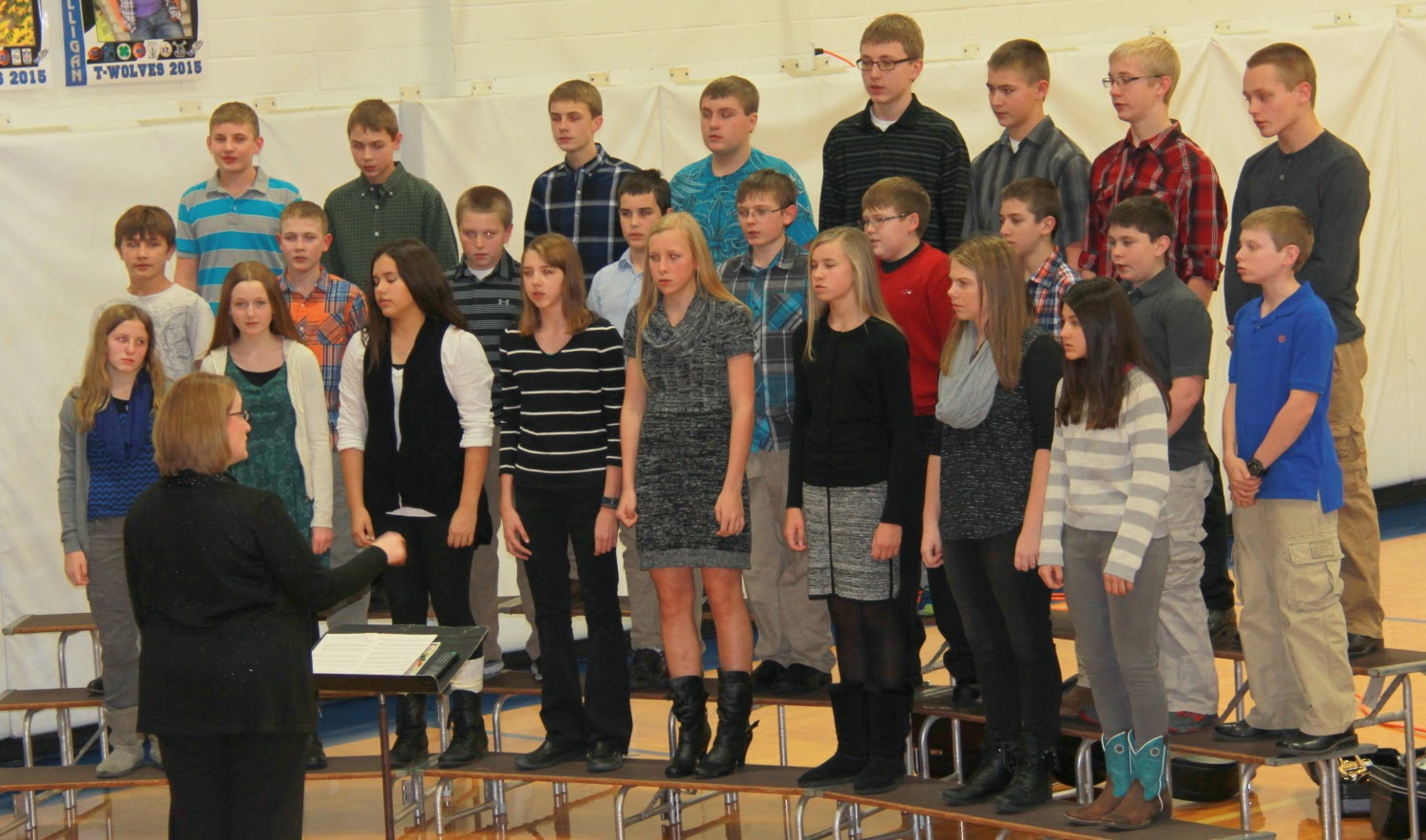 Under the direction of Mrs. Murphy, the evening began with the Junior High Choir performing “Angels We Have Heard On High,” and “In December.”

Next was a new group, the Jazz Band.  This is a group that Mrs. Murphy began just this year.  She informed the crowd that the students don’t have a regularly scheduled class period yet but practice together whenever possible.  Part of the band performed “Silent Night” which featured Maitlyn Thomsen as a trombone soloist and the another part of the jazz band played “Somewhere in My Memory” which featured a trumpet solo by Amber Pribyl.  All of the jazz band performed an excellent rendition of “Feliz Navidad.”

The Senior High Choir performed “That First Nowell,” which featured a beautiful flute solo by Jordyn Brandt.  They also performed “Born ‘Neath A Star” before their were joined by the Friends of Vocal to sing “Do You Hear What I Hear.”

The evening was capped off by a performed of the Junior-Senior High Band.  They played the fanfare prelude on “Joy to the World,” before performing a rousing rendition of “The Nutcracker Suite.”
Continuing with the holiday theme they played “Hark! The Herald Angels Sing,” and finished inviting the crowd to join them on a “Christmas Sing Along.” 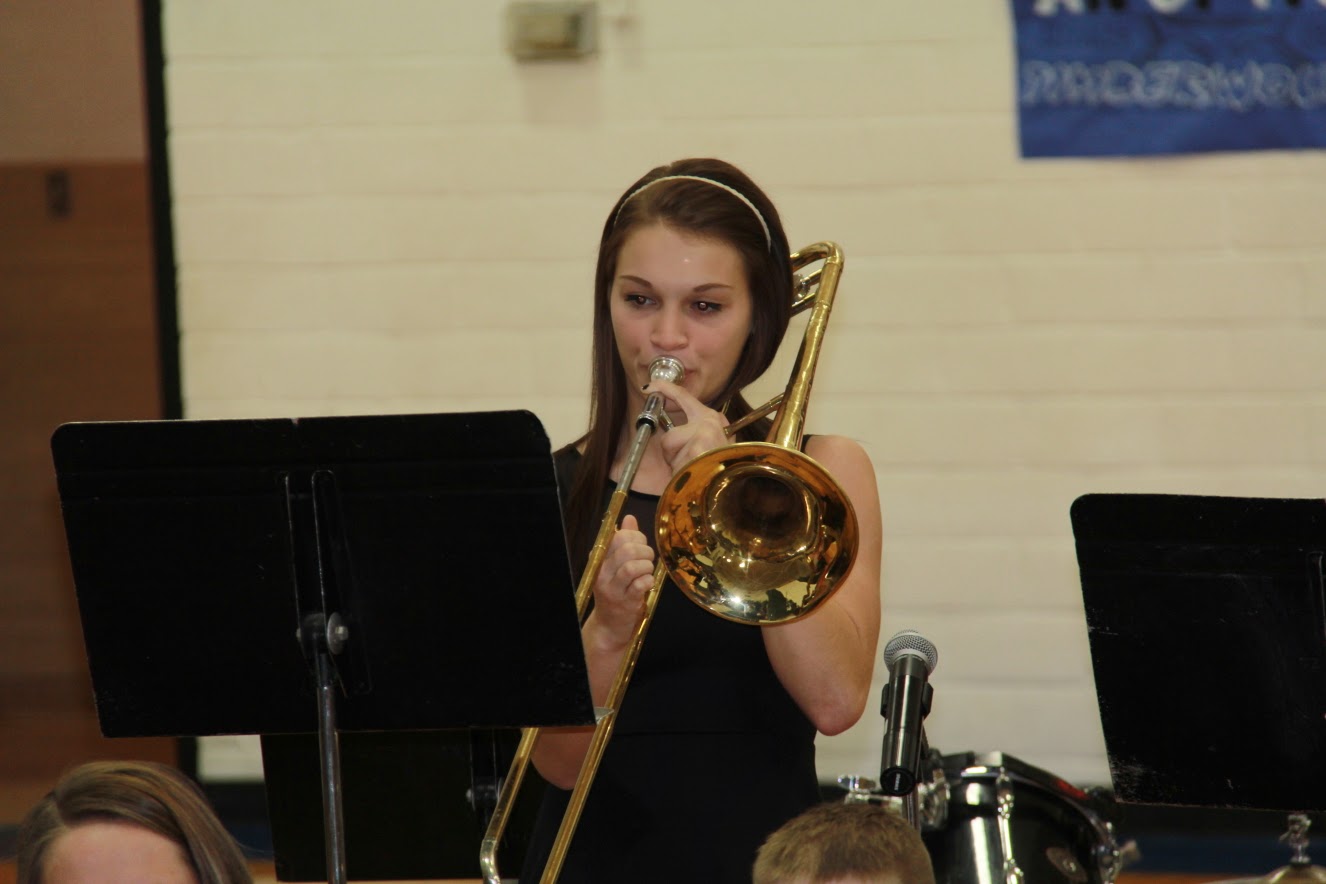 Maitlyn Thomsen performs a trombone solo with the Jazz Band during Silent Night. 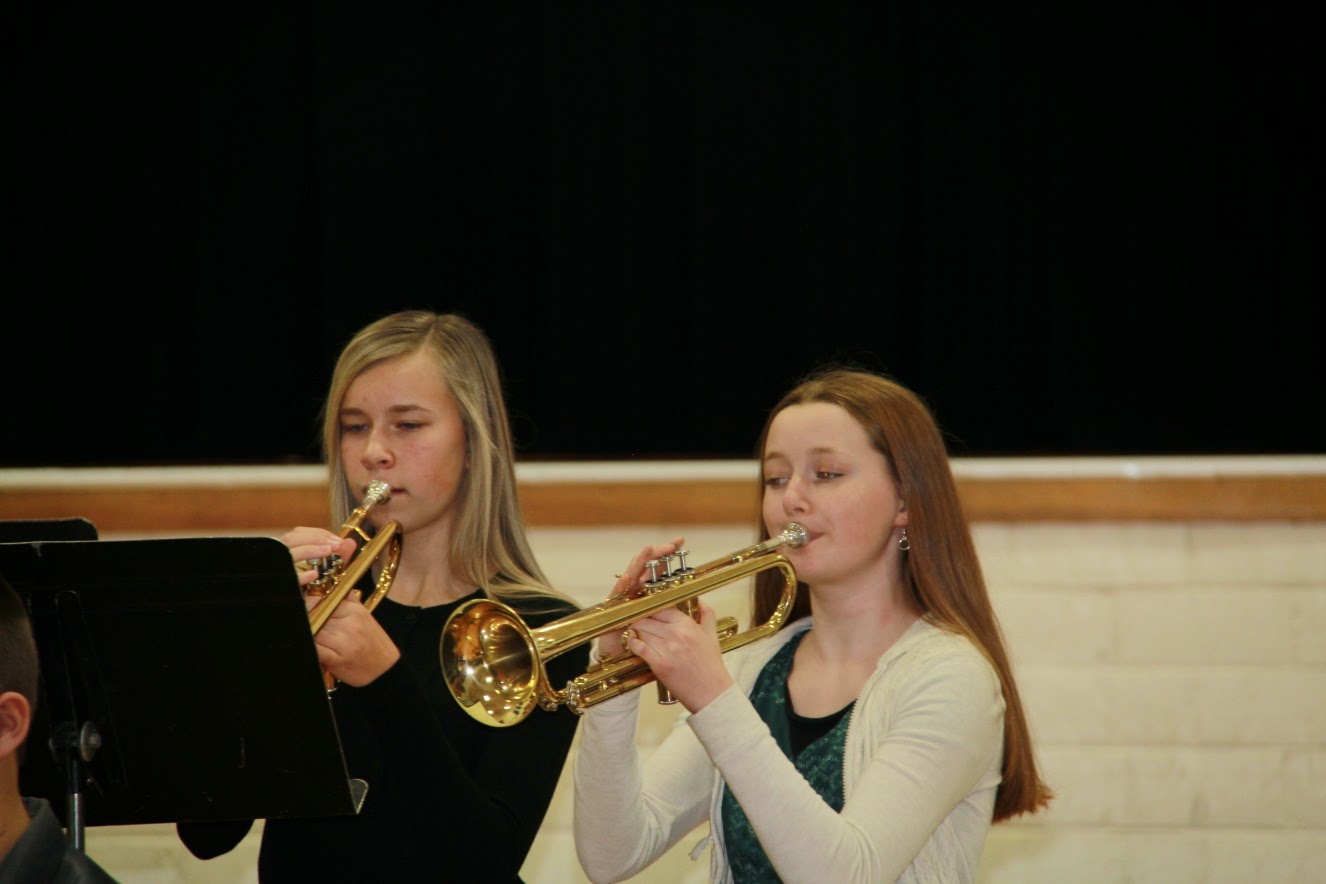 Josie Kresak and Caityln Murphy (right) on their trumpets during “Feliz Navidad” with the Jazz Band. 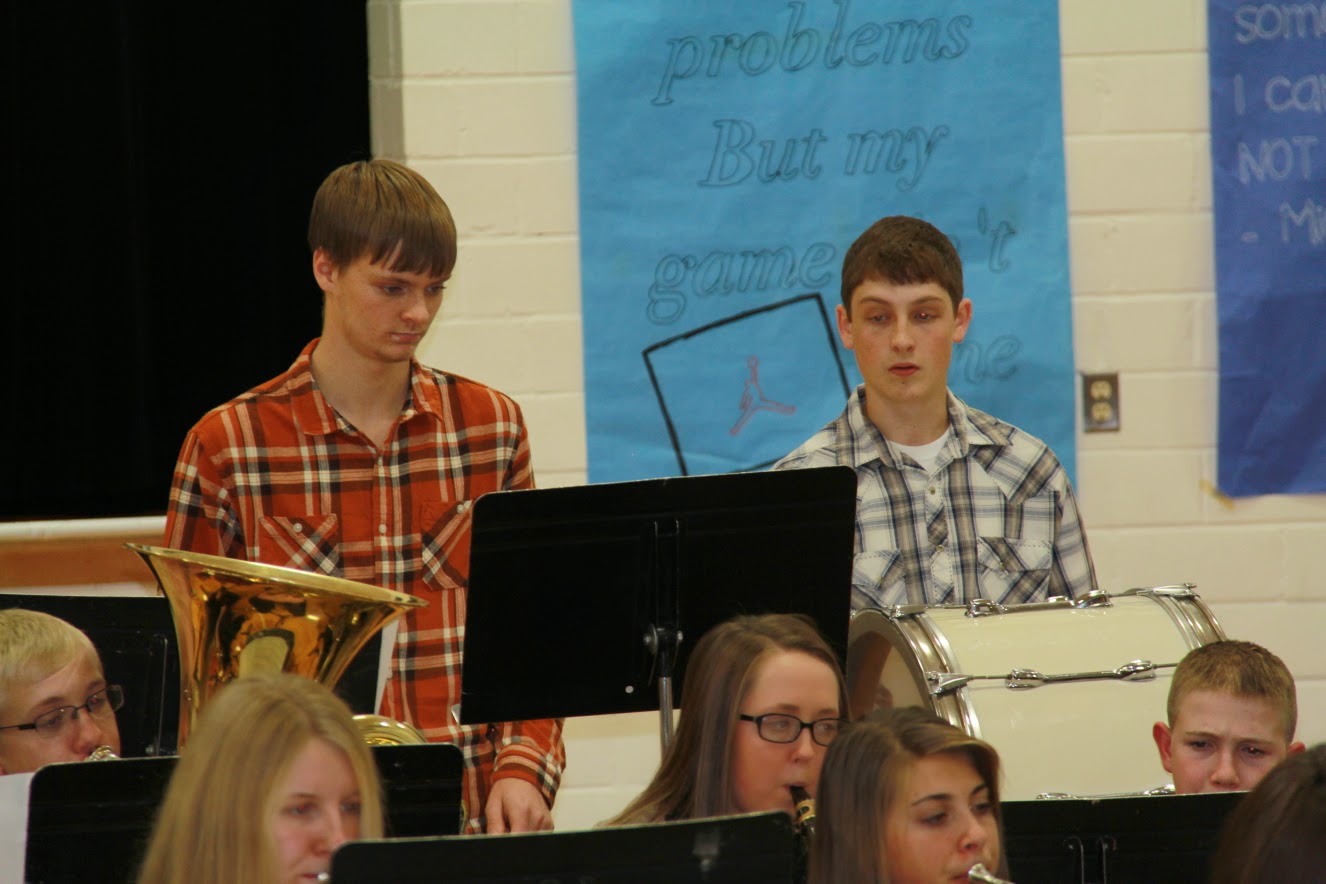 The Exeter-Milligan Junior Senior High Band.
Posted by Leesa Bartu at 7:30 AM