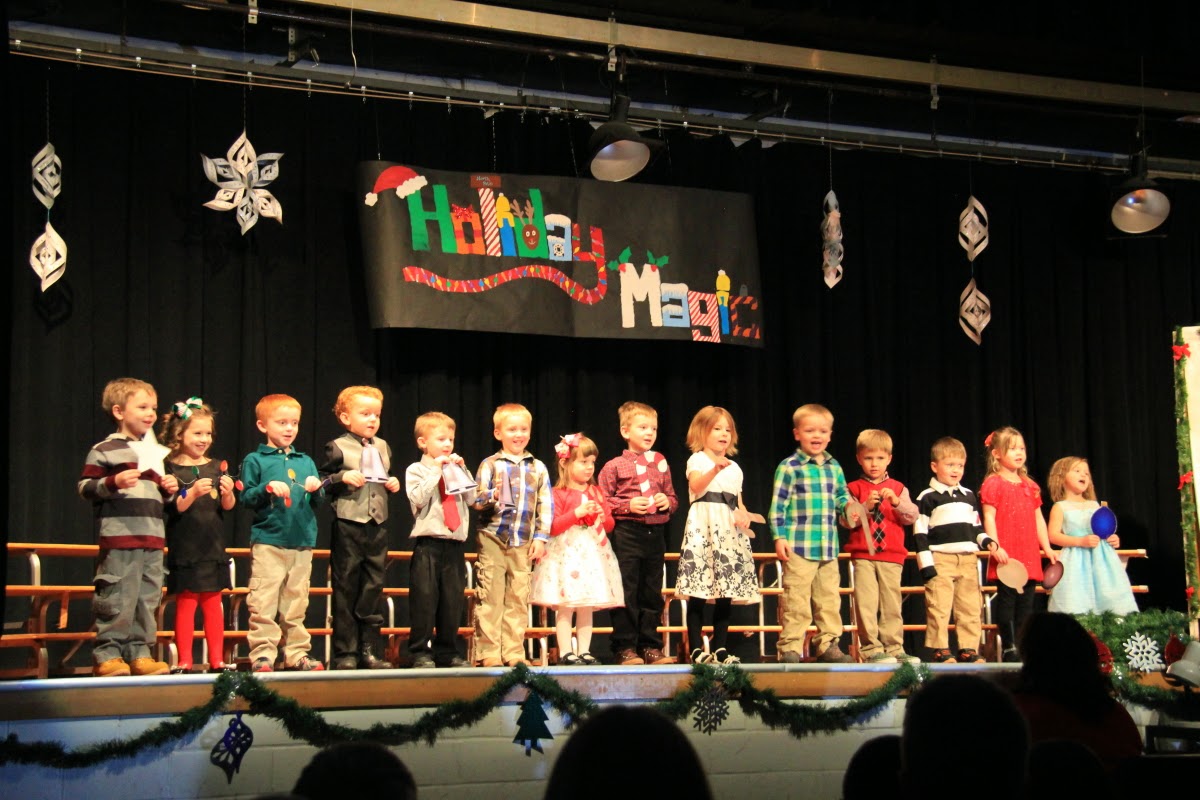 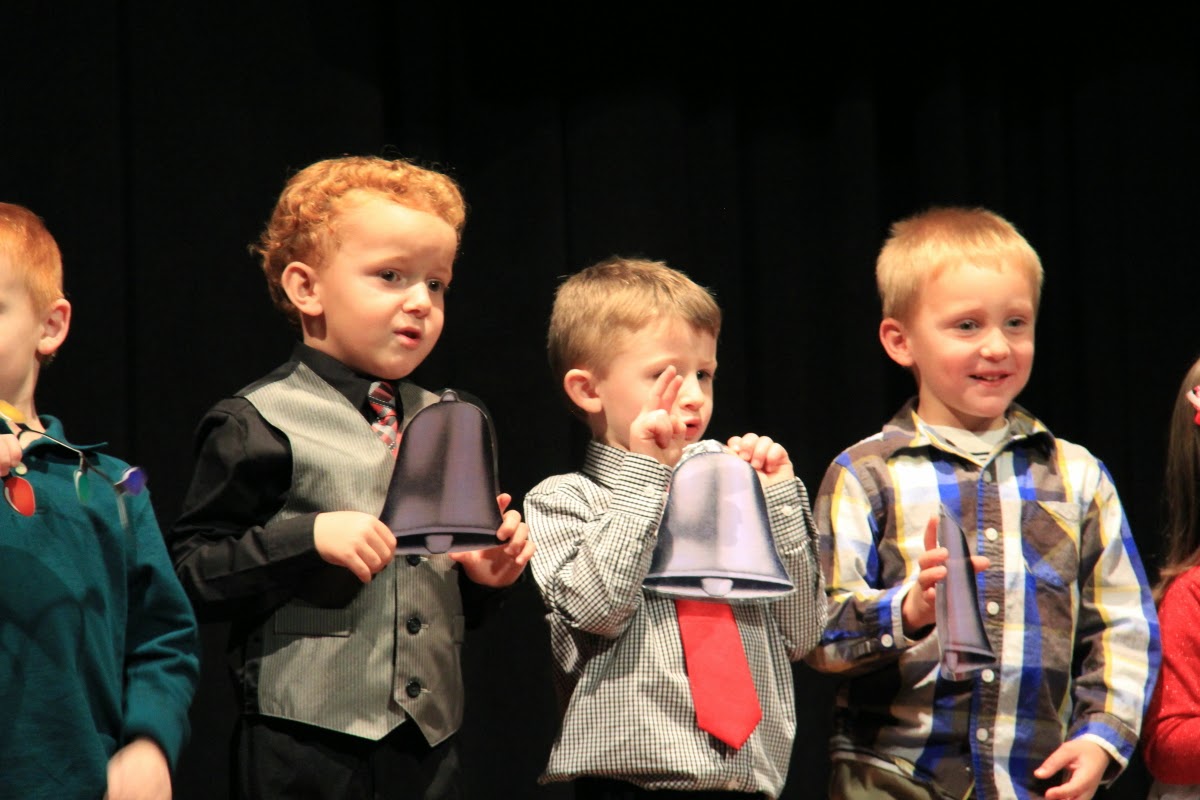 This year’s program was entitled “Holiday Magic” and featured  the fifth and sixth graders as the cast.

The evening began with the TYKE preschool presenting their rendition of “We Wish You a Merry Christmas” and “A Star For My Little Tree.”

The third and fourth graders performed “Rahther Jolly Olde St. Nicholas” on their recorders.
The Kindergarten, first and second grade class sang five numbers including “I’m a Little Snowflake,” “Must Be Santa,” “Polar Puppy,” “Christ is Coming,” and “Feliz Navidad.”

After the younger classes performed, the third through sixth graders opened the curtain to the musical “Holiday Magic.”  Clint Oldehoeft was Billy (who was Santa in the school play the students were supposed to be rehearsing), Jaiden Papik filled the role of Beverly and Georgia Meyer was Milly, both members of the play that was missing the director.  Daisy Kanode was “Hillary,” the bossy class member who claimed to be running the rehearsal instead of the teacher who was mumbling on the couch in the teacher’s lounge.

Once the bossy Hillary took over the elves in the play rebelled burning their scripts (off stage).  The angels (Rebecca Krupicka and Kiah Songster)chased the elves while the wisemen (Katelyn Babula, Briana Capek, and Cameran Jansky) performed the “Ballad of the Wisemen.”

The reindeer rebelled in the thick of things with Rudolph (Blake Meyer) leading the way.  Comet (Casey Jindra), Donner (Sean Gibson) and Prancer (Cammie Harrison) all followed along with the Reindeer Band boycotting the practice as well.

After every group rebelled Hillary finally realized the magic of Christmas was in giving and restored the good feelings among the cast members.  The full cast ended the evening singing “Christmas Magic” together. 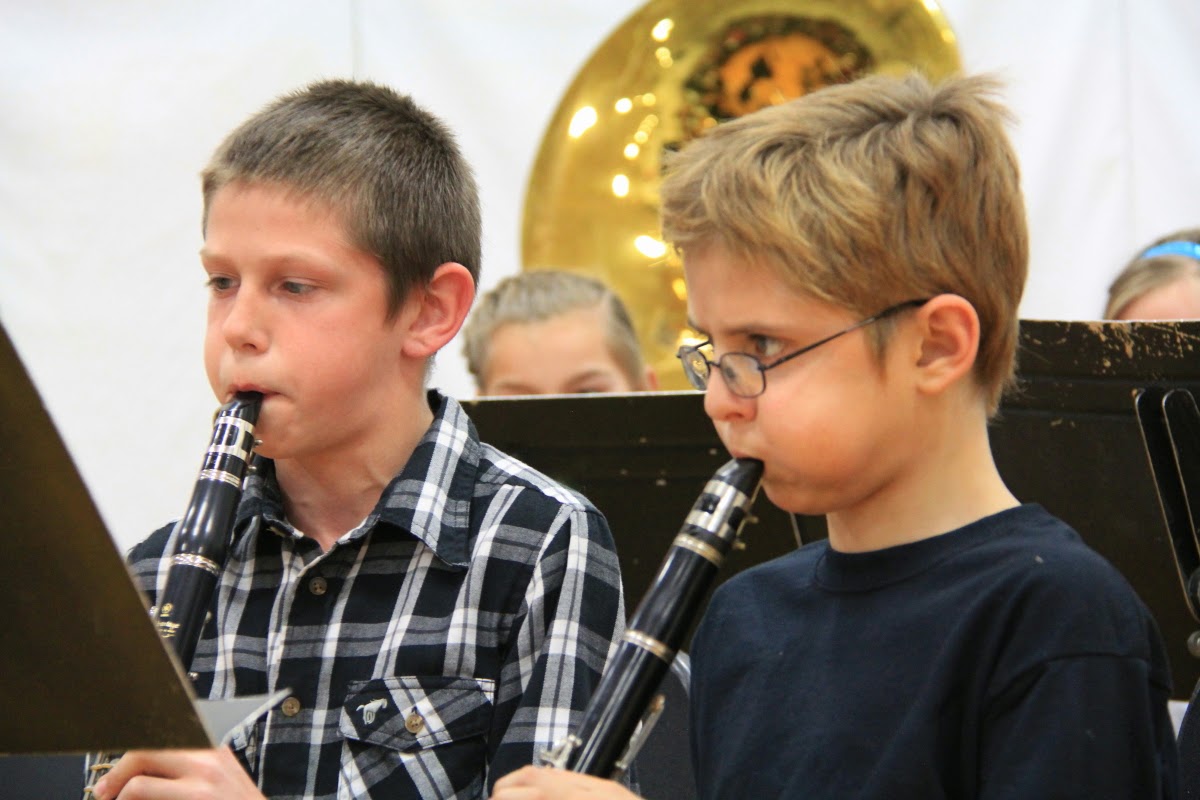 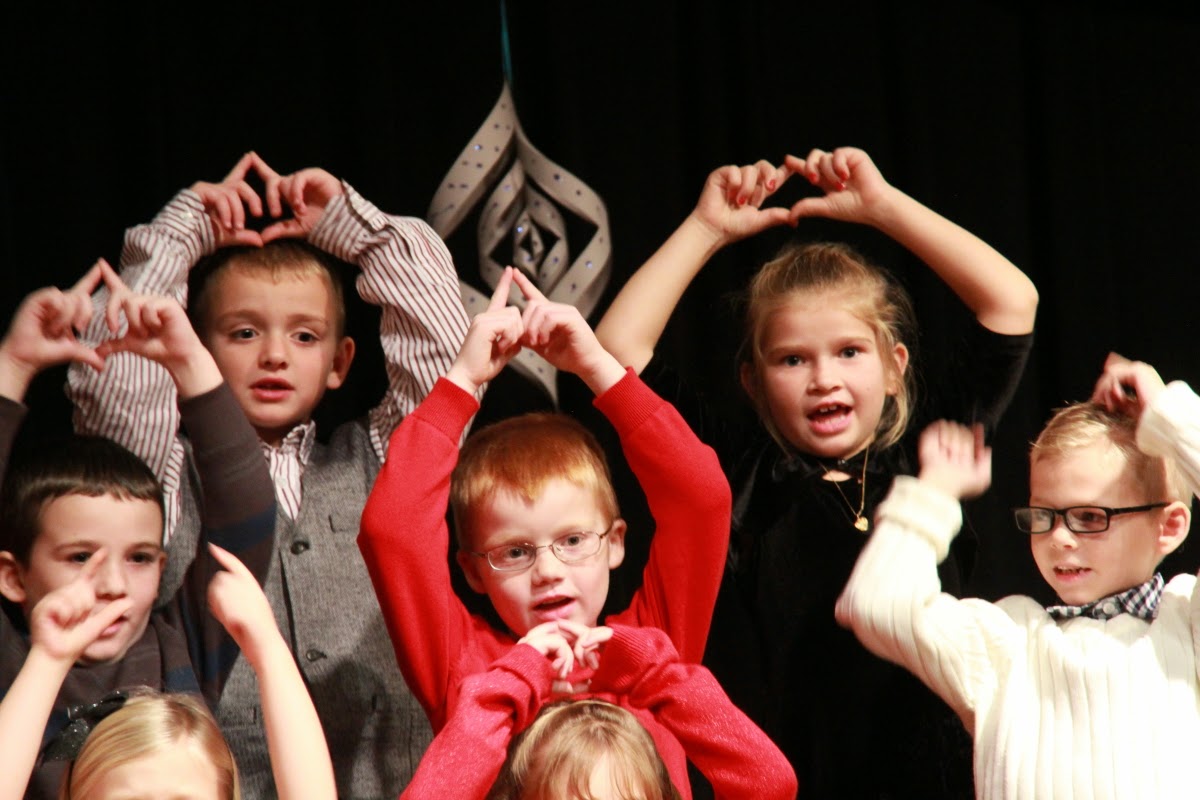 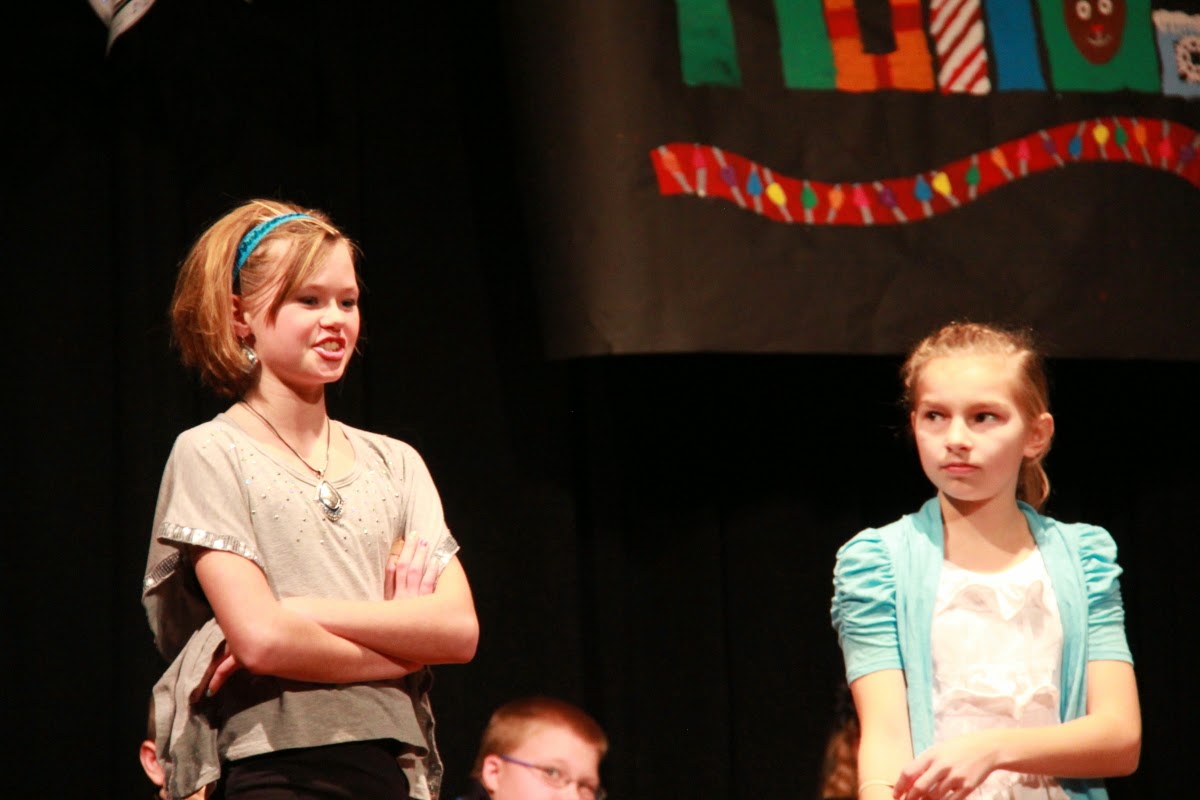 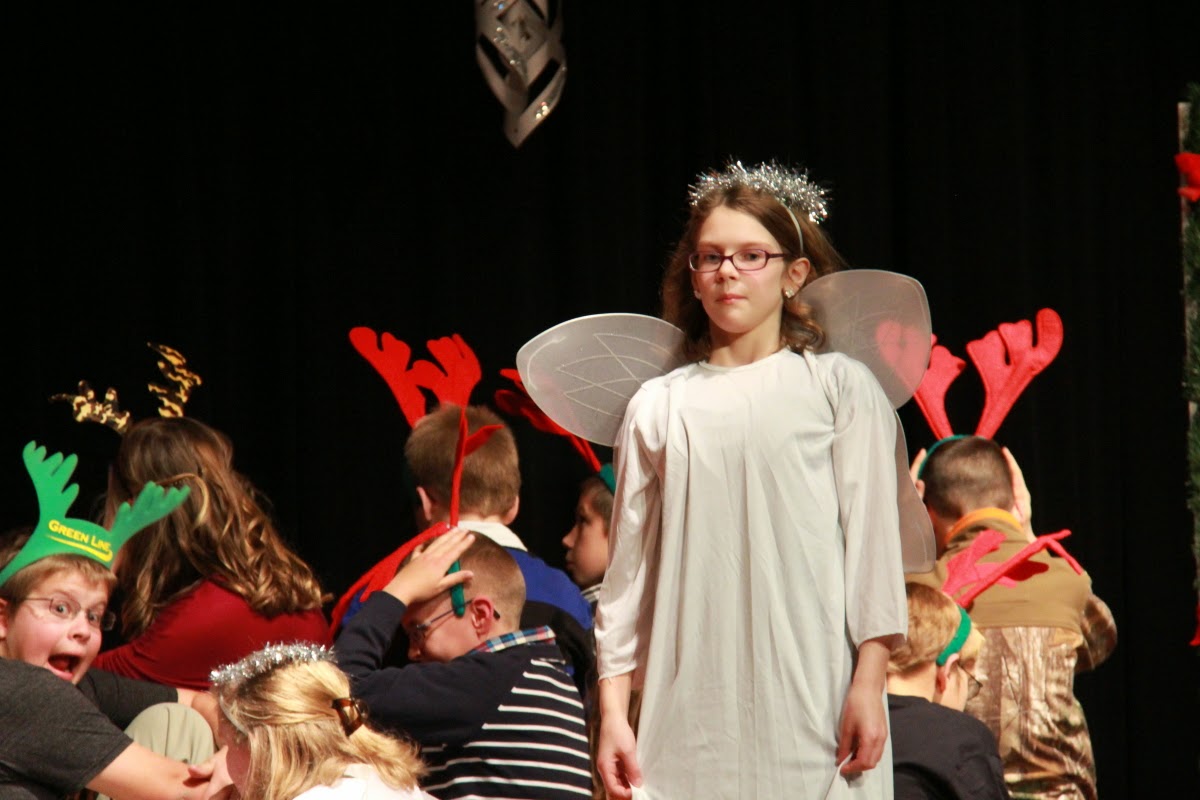 The reindeer turn their backs in protest while angel Becca Krupicka gets ready to go after the elves again. 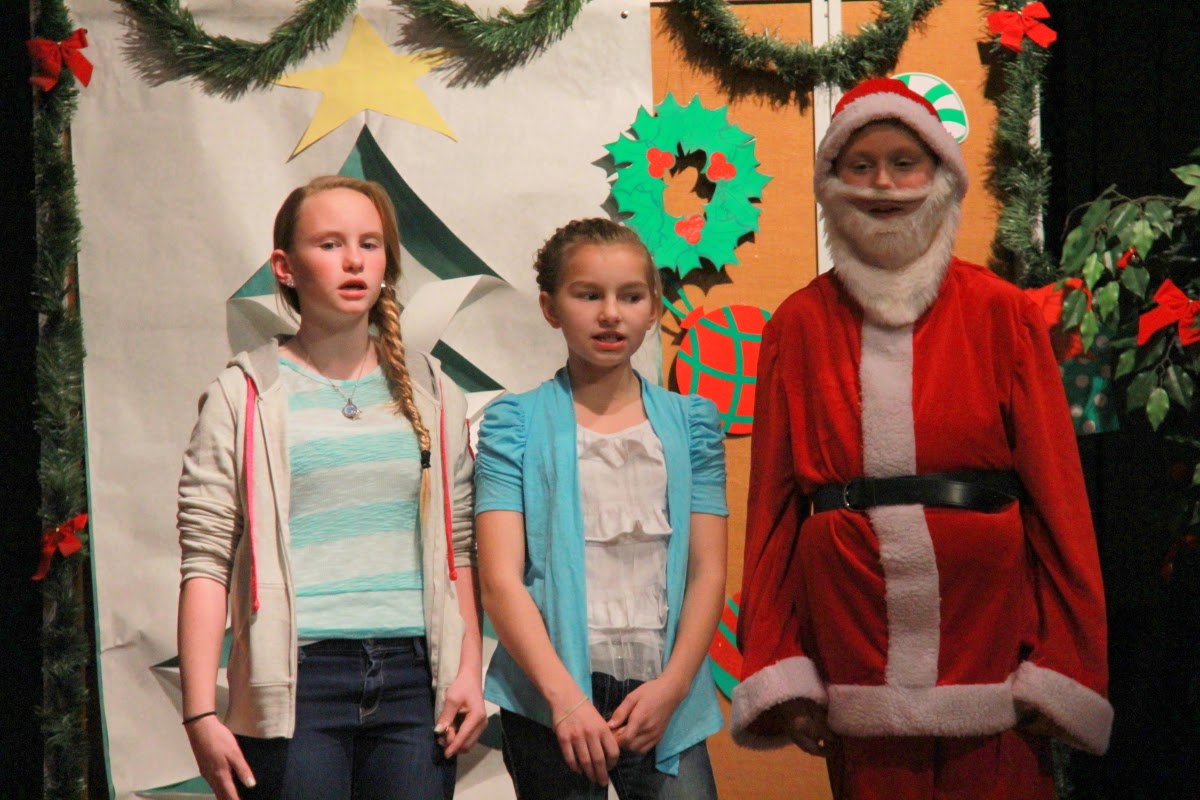 Milly (Georgia Meyer), Billy (Clint Oldehoeft) and Beverly (Jaiden Papik) discuss what to do about their program practice since their teacher is missing. 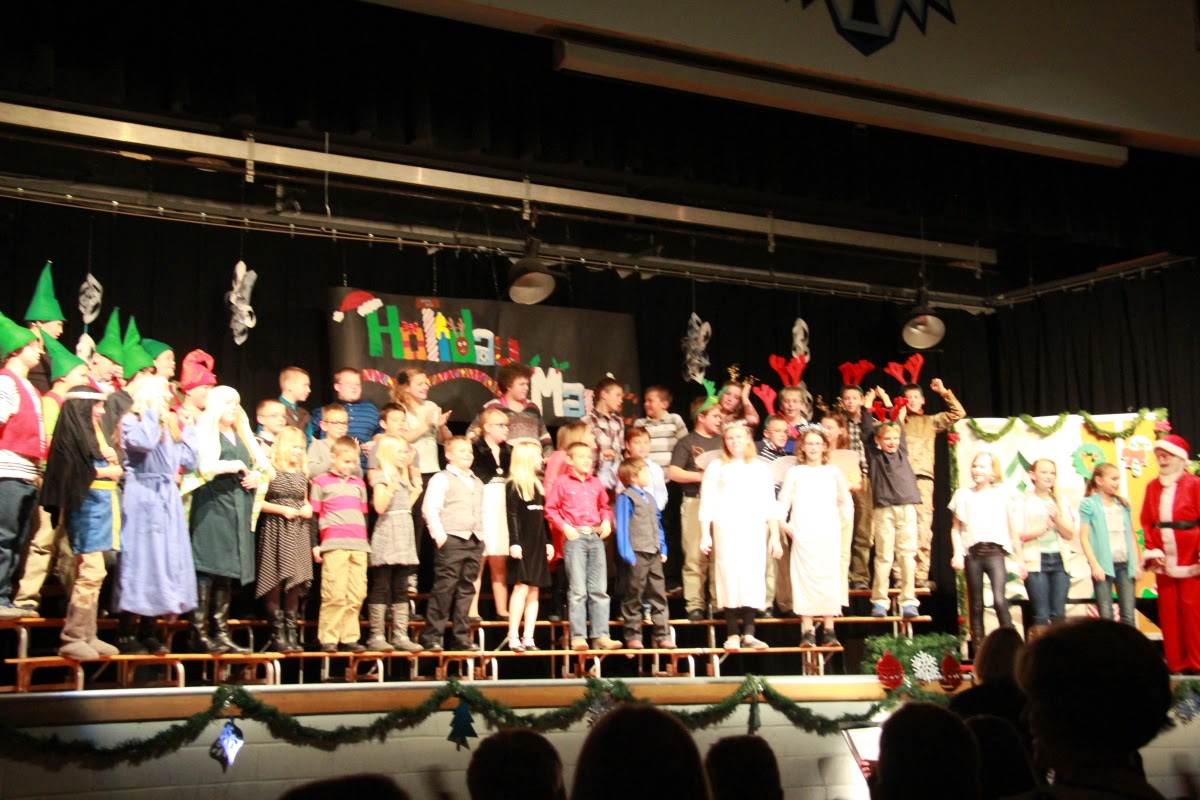 The chorus of Exeter-Milligan third, fourth, fifth and sixth graders.
Posted by Leesa Bartu at 7:30 AM