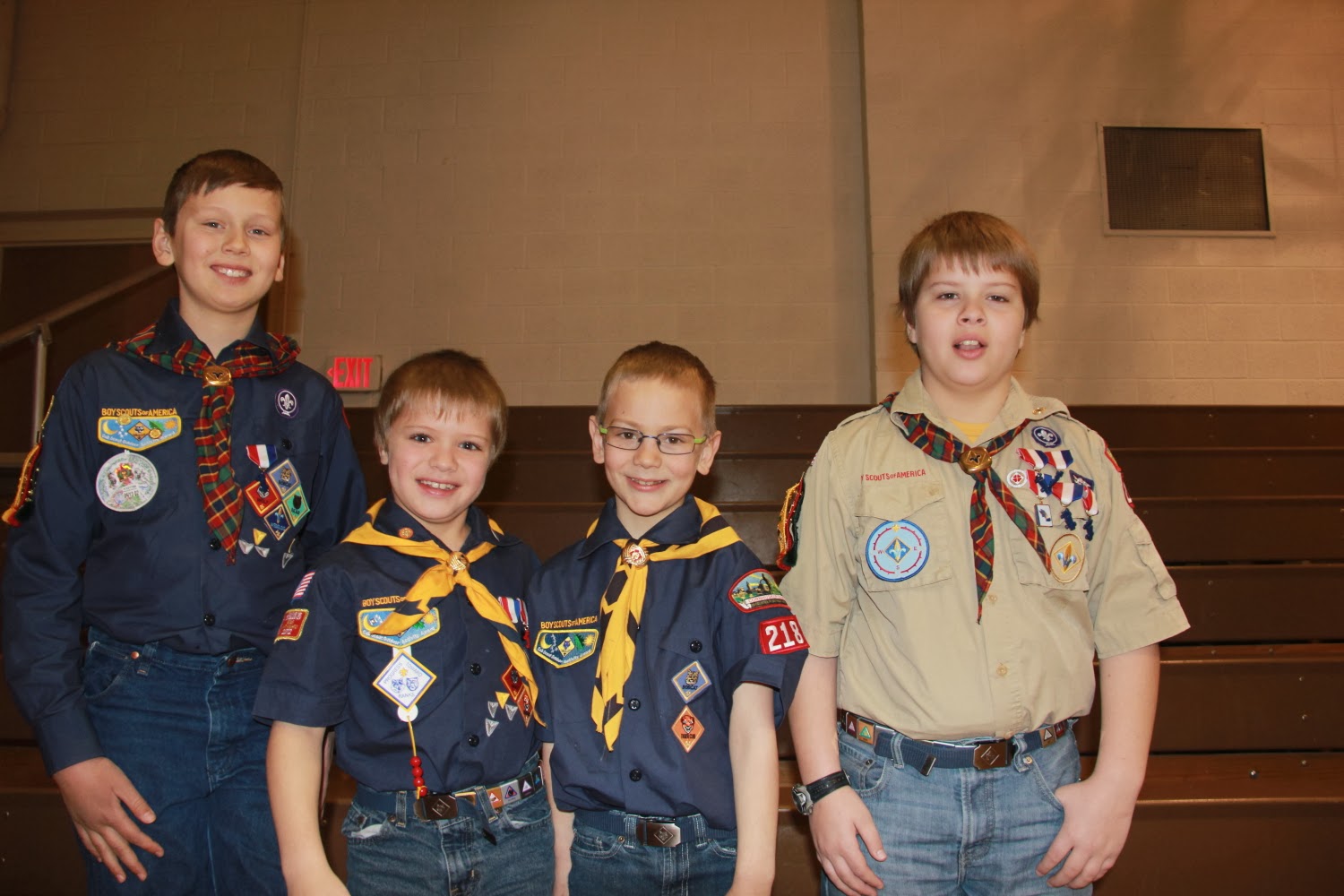 Members of Pack 218 out of Exeter who participated in the Cornhusker Council Prairie Wind’s District Pinewood Derby are pictured from the left Clint Oldehoeft, Mikey Bartu, Tyler Due and Ben Bartu. 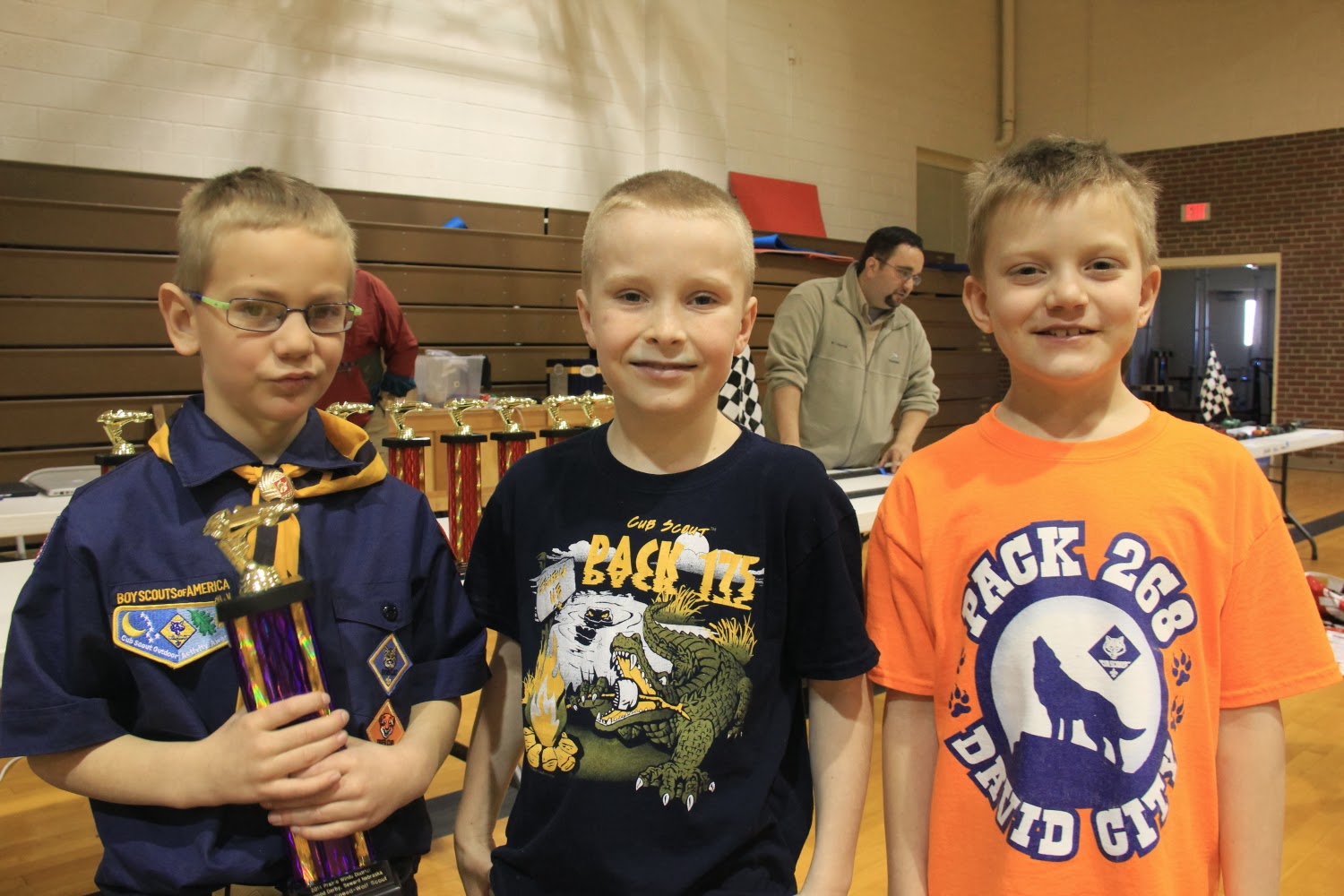 Tyler Due, left, with his trophy from the district pinewood derby.  He took first place in the wolf division.  He is pictured with the second and third place winners. 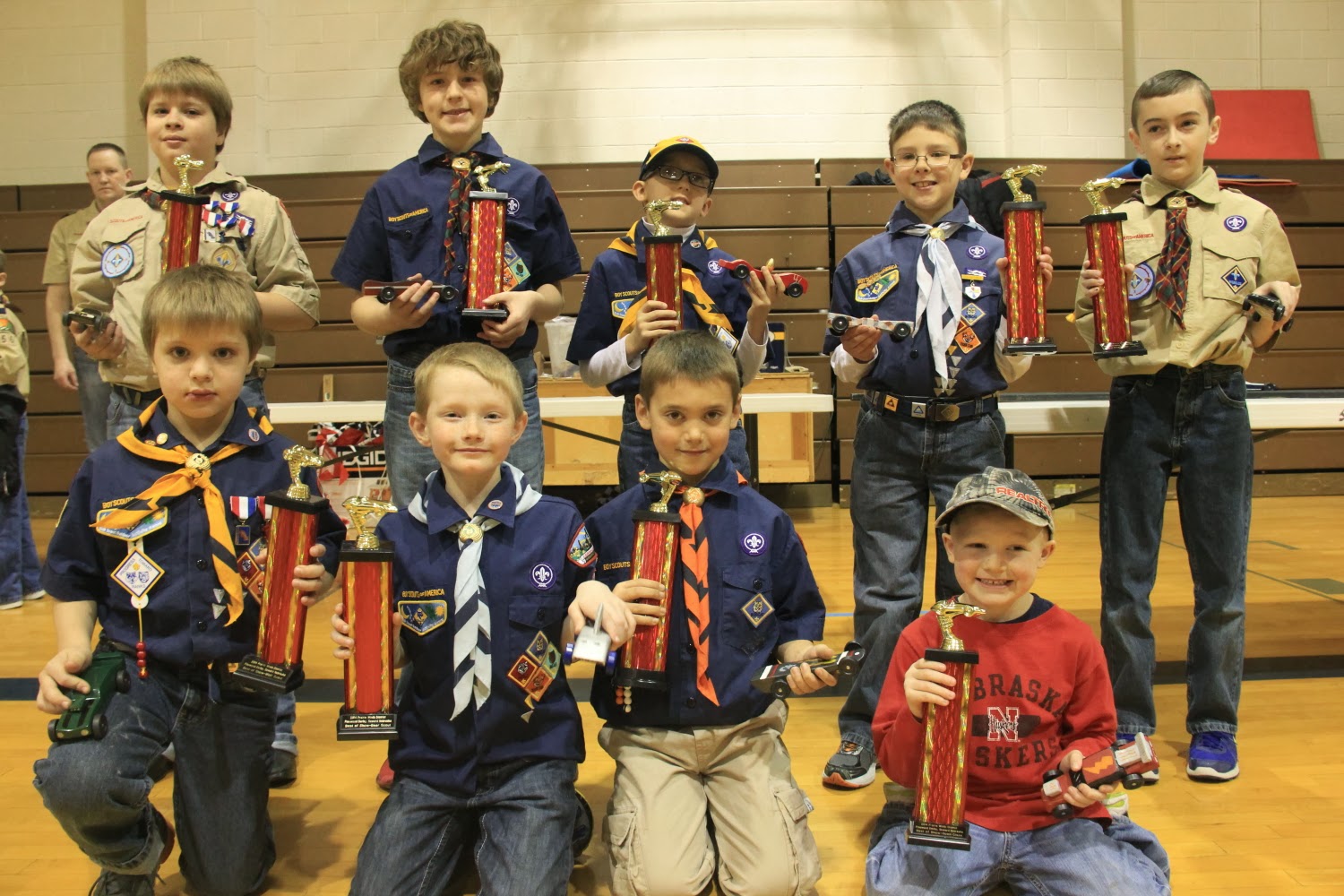 It was an intense competition at the Cornhusker Council Prairie Winds District Pinewood Derby on Saturday, March 9th at the Seward High School Gym as just .40 of a second separated the car speeds from first place to sixteenth place.

Cub Scouts from the nine counties that make up the district gathered to see who took top honors in both speed and show.  In order to be eligible to attend the district event, scouts had to place in the top three in their pack pinewood derby for race or show.

For the show portion of the events scouts were interviewed individually on the techniques and tools they used to make their cars.

In the end there were winners and they were fast.  The fastest car in the district was Isaac Janing, barreling down the track in just 10.99.  Janing, a member of Pack 175 in Geneva, was the only scout who broke the 11 second barrier.  The top webelo scout was Trevor Shafer of York Pack 173.  Eli Hiser, a bear in Seward Pack 256 won his rank and Tyler Due, Pack 218 in Exeter, took the top honors in the wolf competition.  The fastest tiger cub was Jayden Fuehrer of Pack 174 in York.

In the show category, Tiger Cub Kolton Loos out of Seward Pack 256 took first.  Mikey Bartu, out of Pack 218 in Exeter took first in the wolf category, and Aiden Canady was the top Bear scout.  Ben Bartu out of Pack 218 in Exeter was at the top of the Webelo category.  Evan Fraser, a Webelo in Pack 173 from York took the top honors in the Commercial Category.  In the realistic category Aaron Ford came out on top, with Tanner Beckman winning the trophy for best unusual car and Nolan Eickhoff of Pack 290 from Milford took best of show overall.  The open class show was won by Carter Frazy.

During the day, the hosts, Pack 256 of Seward offered concessions and a bake sale the proceeds of which they planned to donate to one of their pack families who are struggling with health issues.