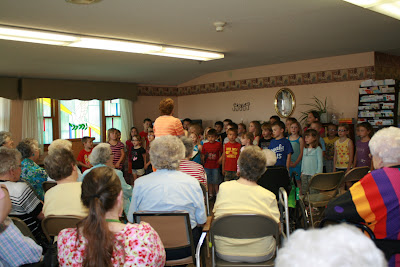 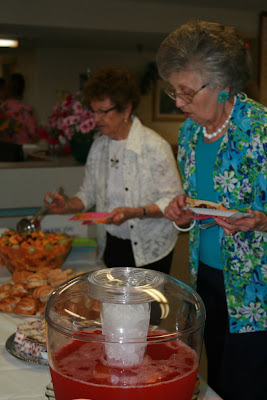 Exeter Care Center hosted an afternoon tea for all who volunteered at their facility in this last year.  Members of many of the local woman's groups were present to be thanked and enjoyed a gift of flower seeds as well as a beautiful tea.
The group was enteretained by the Exeter-Milligan kindergarten, first and second graders who presented their music program from their spring concert and then sang several numbers that were very familiar to the crowd including "Apples and Bananas" and "Down by the Bay."
After the entertainment the residents and guests moved to the dining room where they enjoyed tea sandwiches, sweets and punch.
Posted by Leesa Bartu at 1:17 PM