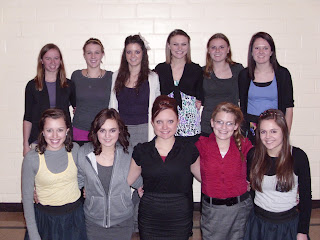 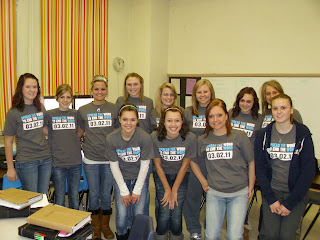 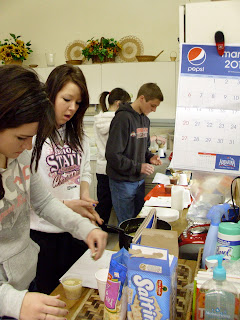 On March 2nd, several FCCLA members sported t-shirts to
support the "Spread the Word, to End the Word.  The
purpose of this day was to raise an awareness for the
useless use of the word "retarded" and the negative
connotation associate with this word.  Many members
previously attended the National Special Olympics and gained
an understanding that mentally and physically challenged
individuals do not like that label when talking about their
ability.  Meredith Emshoff's FCCLA STAR project was the
emphasis for this activity, as she brought an awareness for
autistic individuals and the increased use of the word,
retarded when identifying people with disabilities.  Through
her project, the student body was made aware of the
characteristics of someone with autism and that society is
so fast to label people, even if it is with the incorrect
word.

Chef aprons were awarded to the 1st Place winners and edible
prizes were given to all.
CONGRATULATIONS to these young chefs.