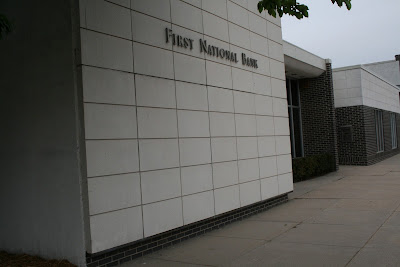 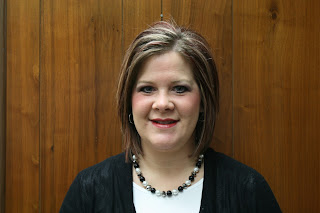 Emswater purchased the bank and insurance company from McCabe Investments and the McCabe family who have owned the bank for just over 75 years. Jim McCabe, grandson of founder H. M. Link has served as the Chairman of the Board and CEO after taking over from his father, Elmer McCabe. Jim joined the bank in 1970.
McCabe, who has practiced law from his office inside the bank since 1970 has decided to retire both from his law practice and from his position on the board at the bank.

On the changes he has seen over the years in the banking industry, McCabe noted the technology affects. “When I started we didn’t have such things. Step by step just learning what computers were all about to developing programs with the computers has been the biggest change over the years.”

McCabe sees the sale as a positive step, “One of the reasons I wanted to sell the bank to Alan was because he was familiar with the community and I was confident in his abilities. Our family was assured that the bank would continue in a good, safe manner."

Stubbendick also noted the technological changes that have continued to affect the banking industry. He also was happy to see the bank retain hometown ownership, “I had a good relationship with the McCabe’s but I am happy about the new ownership. It’s certainly a step in the right direction. I was most pleased that the bank could stay with individual ownership instead of being swallowed up by a large corporation.”

While the bank is changing ownership, Emshoff assures customers that none of the changes will affect them. “We plan to keep pretty much everything the same. Any changes will definitely benefit our customers. We will be the same solid friendly bank people have known for over 75 years,” said Emshoff.

Looking at the current staff members at the bank and insurance company Emshoff noted that “Our staff is one our biggest assets. We have a great staff with no weak links.”

Joining the bank staff in the teller position just before the new year is Amie Underwood. Underwood has been working in the banking and agriculture industry since 1997.

Underwood was excited to join the staff at First National Bank in Exeter, “I have really enjoyed working in the bank already. The bank is very family oriented and has strong ties to the agricultural community here.”

Emshoff and the rest of the bank staff have already enjoyed working with Underwood. “Amie brings several years of banking experience to First National Bank. I am pleased that she has joined our staff.  Her banking experience will be an asset to our operation and to our customers." said Emshoff.

Underwood, her husband Jeff and three sons live outside of Exeter where Jeff works in the cattle industry. In her spare time Amie, originally from McCool, enjoys reading, working in her yard and following the activities of her sons at Exeter-Milligan school.
Posted by Leesa Bartu at 5:06 PM