Journal Found in the Walls 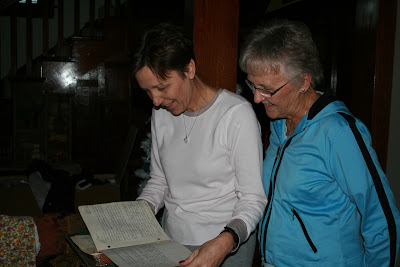 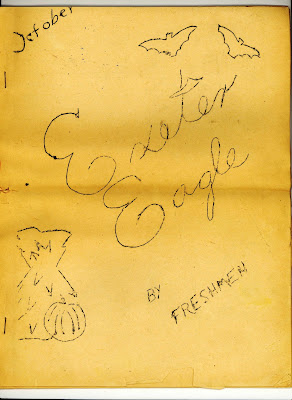 There is a television show called “If Walls Could Talk” which explores unusual findings in older homes. They trace the history of the items to try and tell the story of past occupants of the home.
Exeter recently had it’s own version of this story.  Exeter residents Wayne and Rachel Vossler had some remodeling done to their kitchen and when one wall was removed a journal and some papers were found.

Rachel began exploring the journals and found some names.  She started to ask about the names and one connected with her. She knew that one of her neighbors just one block away had family members with the same name so she decided to contact her.

In the meantime Rachel also spoke with another person in town and mentioned the name on the journals, Delores Rasmussen.  To her delight, Rachel found out that the original owner of the journals, which were dated from the early 1950’s, was alive and active in the area.

Rachel had contacted Delores’ daughter, Lori Walford. With this other friend in town, Rachel decided to surprise both Lori and Delores with the journal along with the other papers found. Lori, a history buff, was recently diagnosed with cancer.

Both Lori and Delores were thrilled with the discovery.  The journal had been Delores’ in high school.  Much of her school papers from her freshman year were in the journal that contained several notebooks.  As Lori flipped through the pages of the journal she found all kinds of musical notes doodled here and there, “you could tell what Mom’s mind was on. . .music.”

Also with the journal was a copy of Delores’ freshman “Exeter Eagle.” She explained that each class made a “booklet” as she called it, every month.  There were also some copies of some of her old Exeter cheers. She had shared them with her children prior “and they died laughing.”

Her parents moved to the house where the Vossler’s now live in 1955 although she graduated in 1954.  She recalled spending some time in the house after she graduated from high school.  She figured that the papers and journal had been stored up in her parent’s attic and were along the edge of the wall and fell down into the open studs.

After spending some time sharing the journal together and talking about sharing it with the rest of the family when they gathered for the holidays Delores and Lori started to compare notes with Rachel on how the house looked when they purchased it and how it looked when Rasmussen’s owned it.

While the journal didn’t contain any money, the memories were precious for these women.
Posted by Leesa Bartu at 6:30 AM