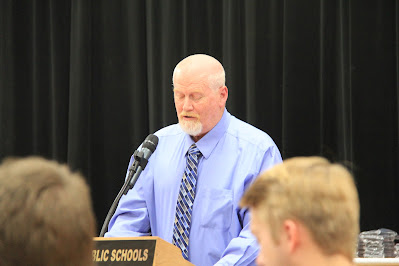 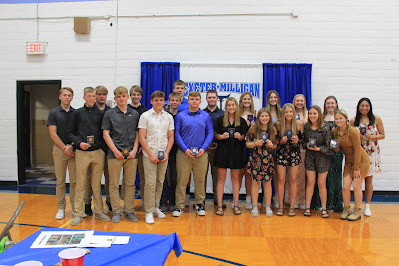 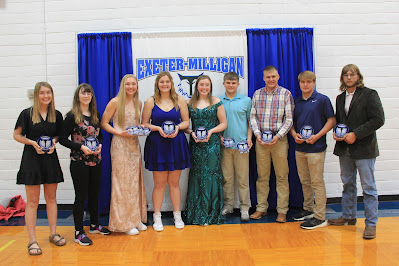 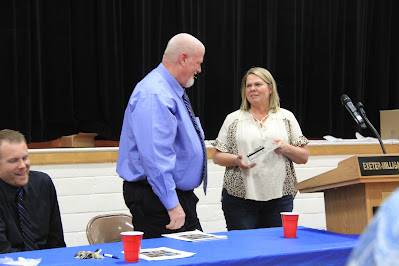 Coach Filipi presented a plaque honoring his 39 years coaching in the district.

Exeter-Milligan recognized all of their athletes at a banquet on Monday, April 25 in Exeter.

Each coach for each sport took a turn at the microphone speaking about the season and sharing about the athletes.  Coach Filipi took the opportunity to thank “the parents, fans, boosters and players for putting up with me.”

He also recognized the “o-line” reminding the audience that they are what makes it possible for yardage to be gained on the field.

Jackson Krejci, head girls basketball coach, commented on how the team gelled after a rough start, “They bought into their roles on the team.  A lot of people didn’t think we could get there this year.”

Special medals were the final part of the evening.  Becca Krupicka was recognized as the female golfer of the year.  Olivea Swanson was presented the Leonard Kassik softball player of the year.  Emma Olsen earned the Bill Fitzgerald volleyball trophy.