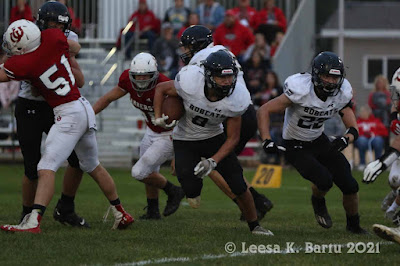 The long trip to Amherst was worth it for the Bobcats on Friday night. After forcing a punt for Amherst on their first possession EMF came out fighting. On fourth down the Bobcats took the risk and Christian Weber sent a big pass to Chase Svehla for the first down. Weber got the ball in the end zone for six but the two point was a no go.  6-0
Broncos had good field position to start and made some progress getting in for six.  They kicked the extra point and with 4:58 left in the quarter it was 6-7
EMF whittled away on the yards and Breckan Schluter found the end zone for six.  The two point was again denied.  12-7 with 1:28 left in the first quarter.
The Bobcats took another risk on fourth and long and Weber sent Schluter a pass on the three yard line Schluter turned and ran into the end zone.  Weber kept the ball on the conversion and made it in.  20-7 with 10:45 left in the half.
The last pass play to Schluter worked so well their number was called again.  Schluter brushed off two defenders and he was back in the end zone but the two point was stopped. 26-7 with 3:14 in the half.  With 1:07 in the half on second down, Weber tossed the option to Schluter and he was in for another six.  Jessie Duba carried the two point in and it was 34-7 with :30 seconds on the clock.
The Bobcats defense worked hard and with three and out got the ball back with seven seconds left on the clock.  Weber shoots the long ball to Schluter and he is in for six..  Duba carried the two point again.  42-7 at the half.
EMF fell on a short kick and Duba ran the ball several times making headway and in for six.  Two point was no good with 8:07 left in the third 48-7
With a running clock Amherst fought hard and got six and kicked the point after.  Final score 48-13.
The Bobcats travel to Heartland in Henderson on Friday night to meet the 4-2 Huskies. 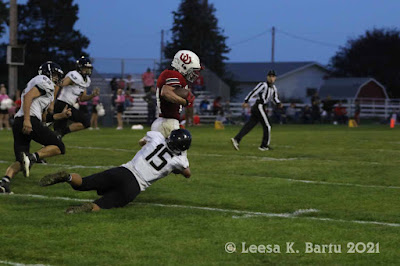 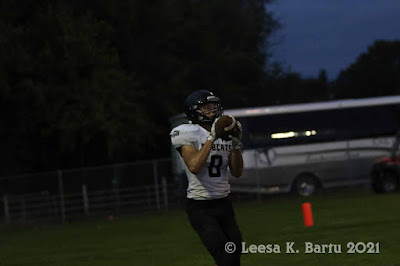 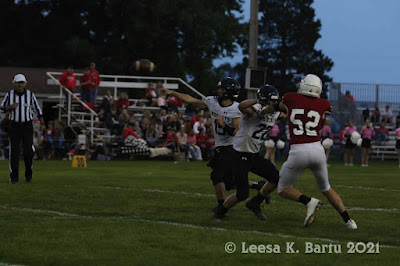 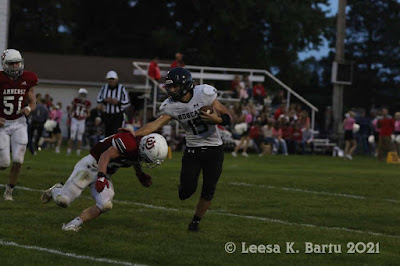 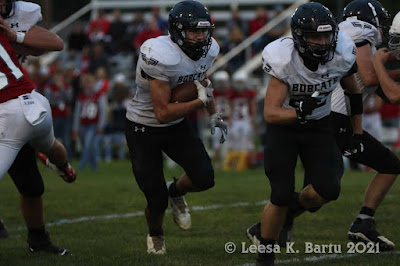 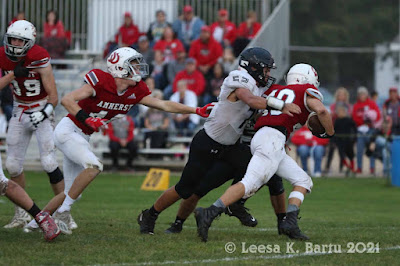 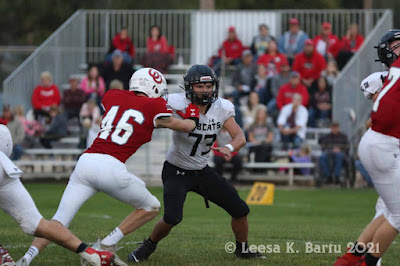 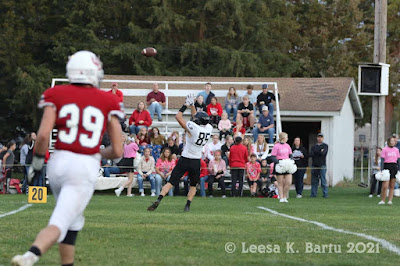 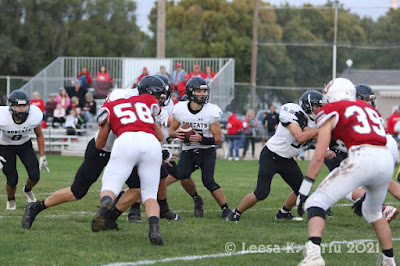 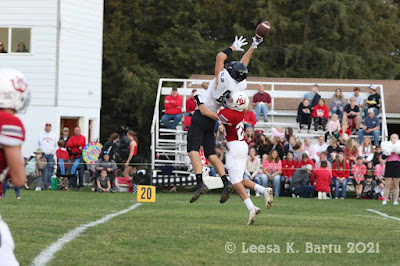 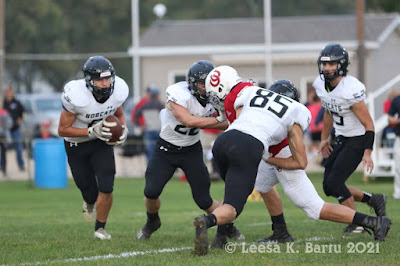 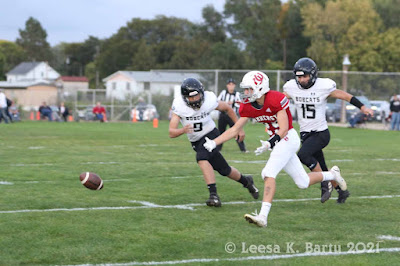 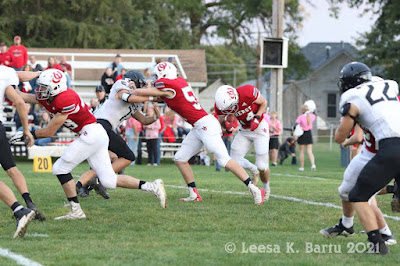 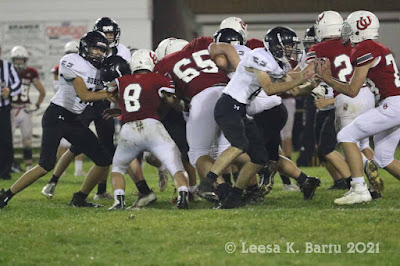 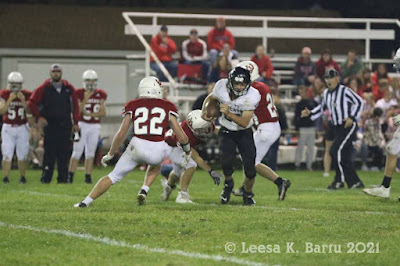 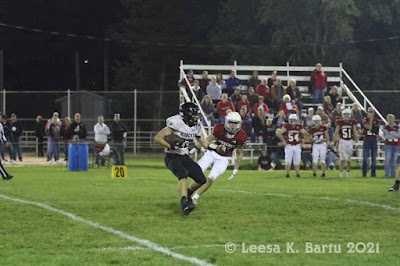 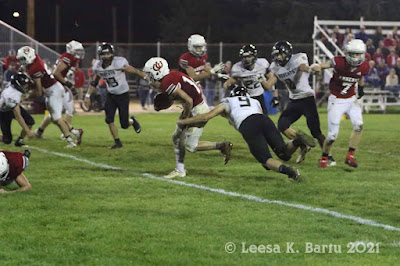 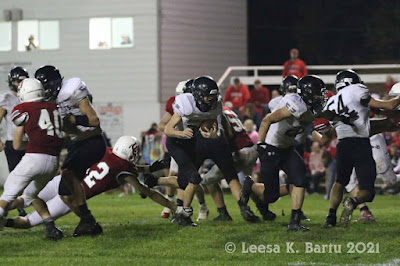 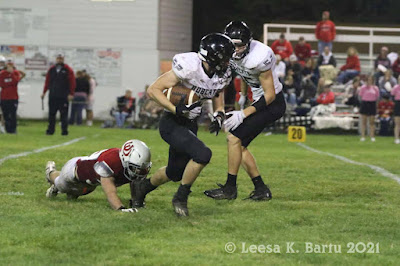 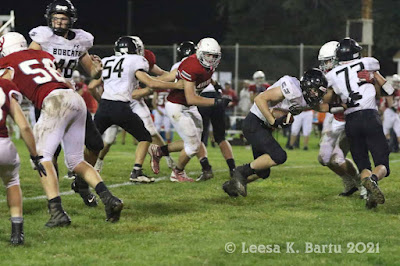 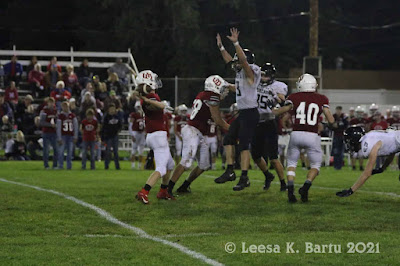