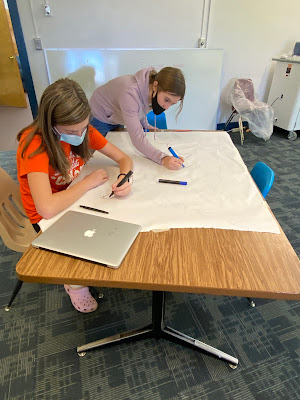 Freshmen Malorie Staskal and Taylor Pribyl work on their poster, by drawing and labeling the physical features of the United States. 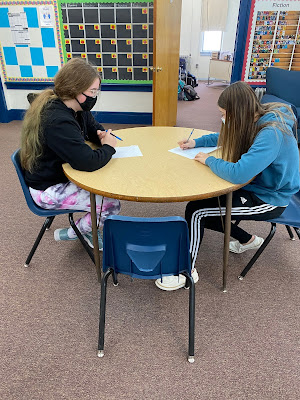 Liberty Johnson is highlighting her section over the trails West, while her eighth grade classmate, Lily Jeffries, takes notes. 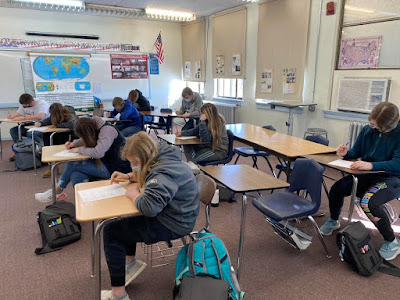 The eighth grade class is intently evaluating the work of their peers on the Westward Expansion newspaper, including giving feedback to their classmates.


Students in Mr. Brian Murphy's social studies classes at Exeter-Milligan have been learning about numerous topics. While exploring these topics, they are utilizing various learning strategies. The World History class is currently exploring events in Europe during the sixteenth and seventeenth centuries. In American History, discussion is moving from the 1920s to the Great Depression years. Just before the end of the first semester, World Geography class was focusing on physical features of the United States, creating and labeling posters with the major water bodies and mountains in the country. Currently, we are covering locations in Mexico, the Caribbean, and Central America. Westward Expansion is the current topic in eighth grade American History. Students created newspapers about the events leading to the United States occupying the lands from the Atlantic to the Pacific Oceans. Students paired up to create a page from each section of the chapter. Following the competition of their pages, students educated their peers about what they learned about.