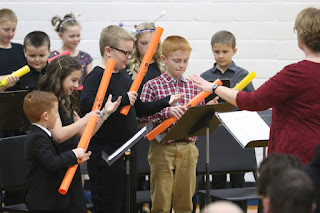 Exeter-Milligan elementary students entertained family and friends on Tuesday, December 3 with their Christmas program, “Close Encounters of a Christmas Kind.”  The program was directed by Mrs. Angie Murphy.

Before the program several students performed piano numbers.  The fifth grade band started the concert portion off with their rendition of “A Christmas Sleigh Ride.”  The sixth graders joined them for “Rockin’ Around the Christmas Tree”  before they sixth grade played “North Pole Sleigh Ride.”

The third and fourth graders played “O Tannenboom” on their boomwhackers before the kindergarten, first and second graders sang “We Will Jingle” and “Christmas is Coming.”  The group started moving to “Winter Wiggles” and “My Christmas List” before their dance finale to “Hip Hop Elves.”

The third, fourth and fifth graders told their tale of Santa meeting the aliens and how after he brought the aliens back to his workshop they took all of the toys which they sang about it “Make ‘Em and Take ‘Em.”

Santa and Mrs. Claus taught the aliens about the spirit of Christmas and of kindness and decked one of the aliens out in a Santa suit before the aliens returned to their spaceship.

Santa was played by Tucker Svec with Alexis Saatmann as Mrs. Claus.
1 – The third and fourth graders played their boomwackers at the Christmas concert.  From the left playing are Beau Becker, Brynnlye Johnson, Deacon Erdkamp and Wil Kallhoff with Mrs. Murphy directing.
2 – The Exeter-Milligan kindergarten, first and second graders sing “Christmas is Coming.”
3 – The Exeter-Milligan third, fourth, fifth and sixth graders sing about their “Close Encounter” with aliens.
9 -  Mrs. Claus (Alexis Saatmann), an alien (Jonah Geiger) and Santa (Tucker Svec) sing “Just Be Claus,” as they teach the alien how to be Santa. 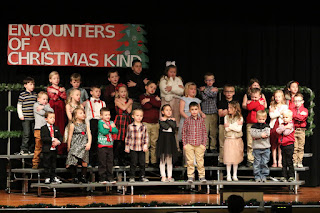 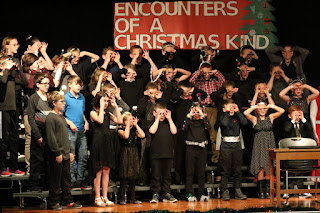 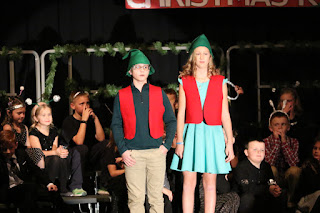 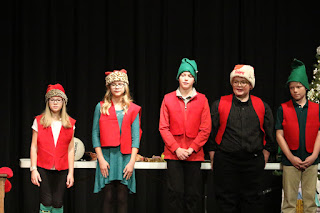 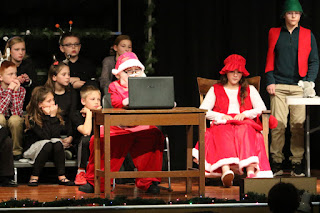 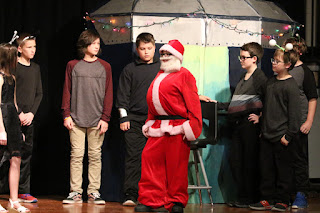 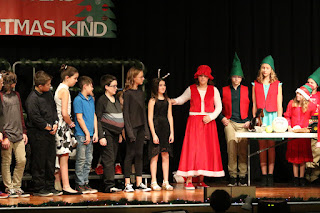 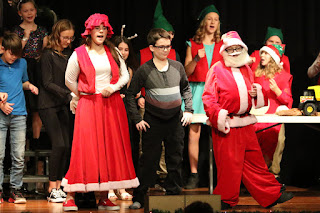 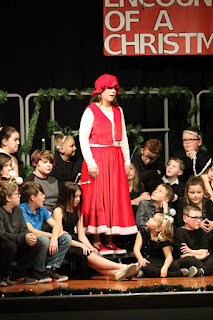 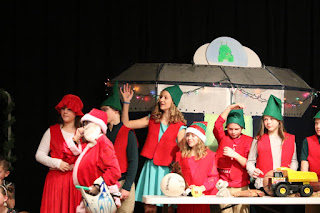 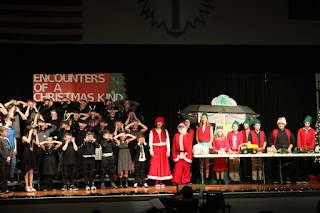