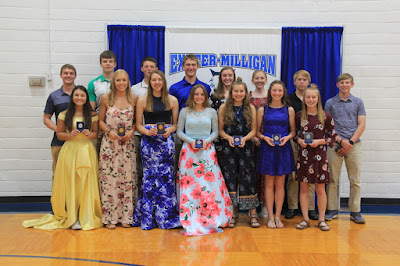 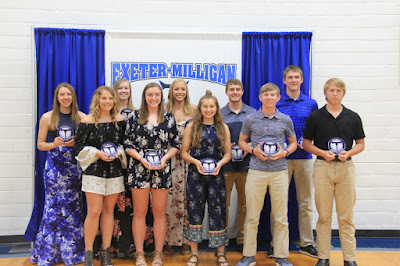 Exeter-Milligan recognized their outstanding athletes at the Athletic Banquet on Tuesday April 30.
The master of ceremonies for the evening was Tommy Rezac a radio DJ with “Ol Red 99.5 who has covered many of the Bobcat and Timberwolf sporting events for the radio station.

Each of the different coaches took the opportunity to thank the players, their players, fans and supports, along with the booster club, for supporting their teams.

Alan and Amy Emshoff of Exeter were recognized as the fans of the year.