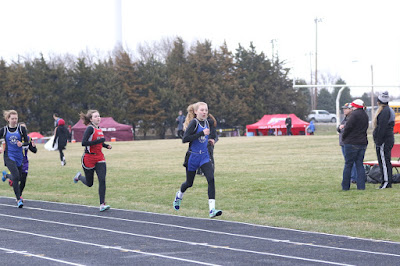 Exeter-Milligan tracksters competed in the rescheduled Meridian Invite.  The meet originally scheduled for Wednesday was moved to Monday and then moved back to Wednesday.  The boys team just had seven team members present as several were gone for the FFA convention.  Despite their numbers the team placed fifth out of a team of nine.  The girls team finished a strong third, just three points behind McCool Junction.

Above– Cameran Jansky runs the 800 at the Meridian Invite.  She finished sandwiched between teammate Jaiden Papik who placed third and sister Kate Jansky who took fifth in the event.
Below – Kate Jansky finished fifth in the 800 meter run. 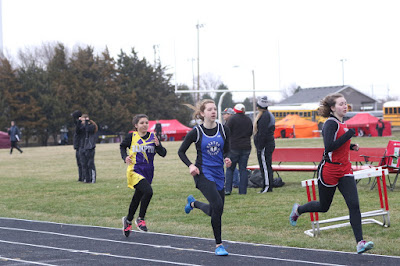 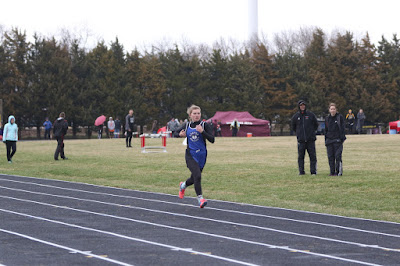 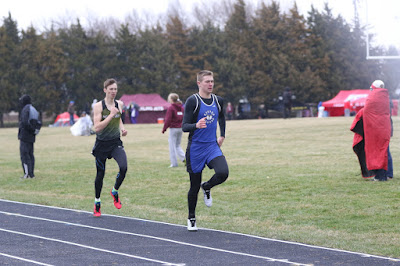 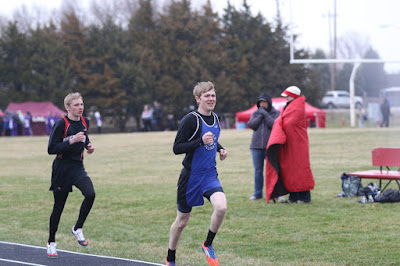 Above – A rainy track meet isn’t always a lot of fun but Blake Steuben toughs it out in the 800 meter run.
Below – Katherine White hurdles in the rain at the Meridian Invite. 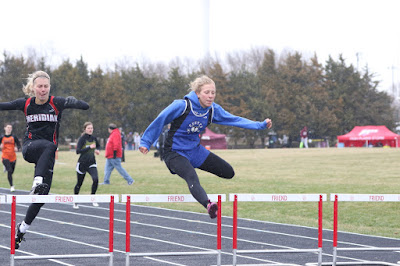 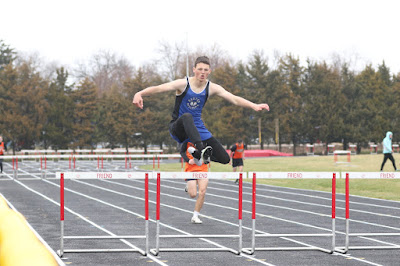 Above – Jackson Beethe finished second in the 110 hurdles and fifth in the 300 hurdles.