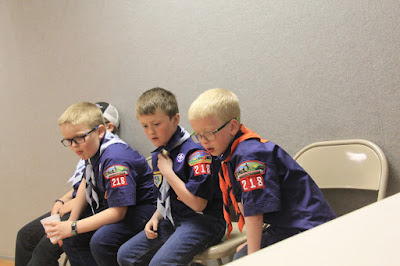 Above - Exeter Cub Scout Pack 218 held their pinewood derby on Sunday, April 7 at the Exeter Legion Home.   The scouts were excited to see who won at the end of the race track.  Pictured from the left are Deacon Erdkamp, Levi Jurgensen and Axel Erdkamp. 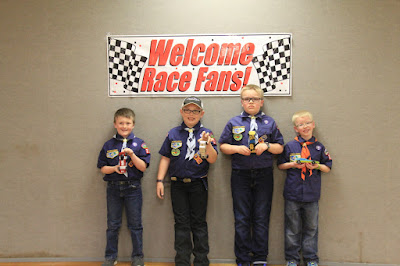