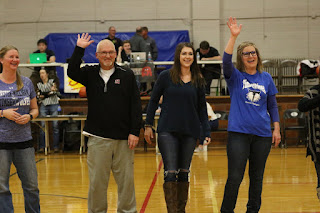 Exeter-Milligan 2004 MUDECAS champion girls team members were honored during the Friday night championship game.
On the floor being honored during halftime of the MUDECAS division A Championship game were coaches and members of the 2004 MUDECAS Championship team.  From the left are Assistant Coach Shelli Mueller, Assistant Coach Lin Schluter, , Rachel Rischling Johnson, Ashley Kassik Havel and Ashley Sluka Warren (not pictured). 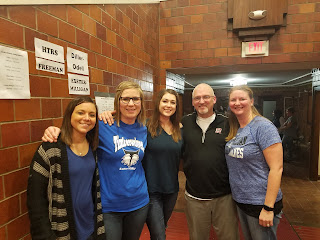