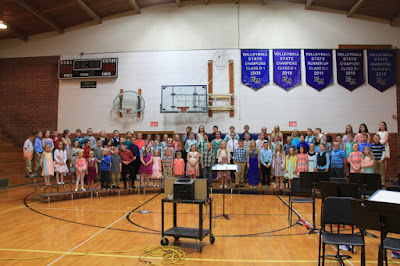 The Exeter-Milligan Elementary spring concert was based on a travel theme.  The performance was presented on Tuesday, March 13 in the Milligan gym.

Mrs. Angie Murphy, Exeter-Milligan band and music director, opened the program with the fifth grade band performing “Let’s Go Band.”  They were joined by the sixth graders to perform “March Ahead” and “Rock to the Max, Mr. Sax,” which featured an excellent performance by the saxophone section.

Murphy presented the Bruning –Davenport contest ribbons just before the sixth grade band performed “Theme From Our Director,” and the third and fourth grade class played “Whacky Chopstix” on the boomwhackers.

The third and fourth graders performed the catchy “Fifty Nifty United States, “Turn The Glasses Over,” and the country standby, “Take Me Home, Country Roads.”

The fifth and sixth graders turned again to country with “On the Road Again,” and then sang the folk song, “John B. Sails,” before heading out east for the “Theme from New York, New York.”

3 –
5 – Exeter-Milligan Kindergarten, first and second graders “honk” their car horns during their song, “I Have A Car.” 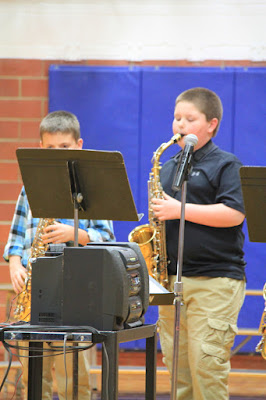 Draven Payne and Jayden Capek perform with the saxophones. 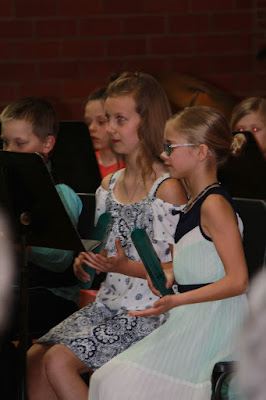 Kiley Oldehoeft (left) and Selah Petersen (right) focus on the music for their boomwhacker performance during Tuesday night’s concert. 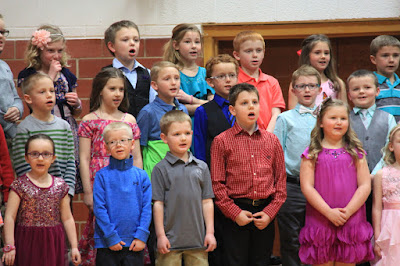 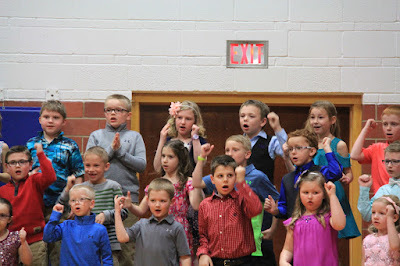 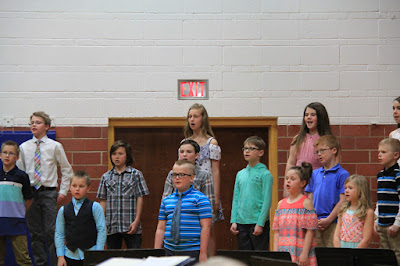 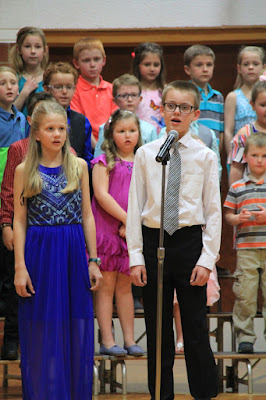 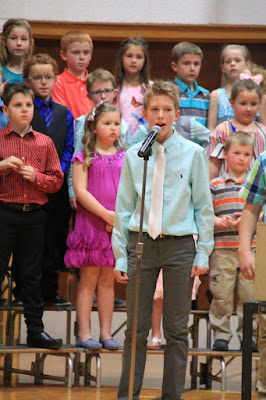 Carter Milton singing a solo during the finale. 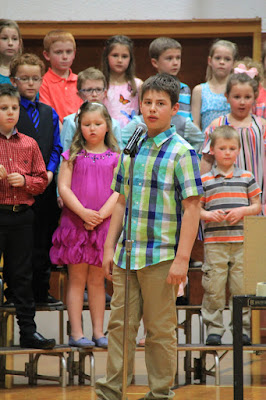 Devin Harrison (above) and Aidan Vavra (below) singing. 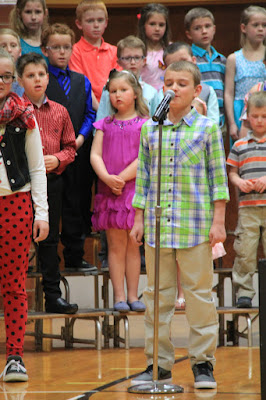