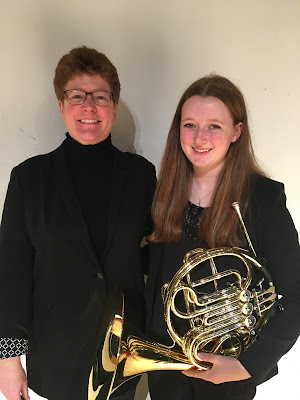 Caitlin Murphy was selected to participate in the UNL Winter Festival for Winds and Percussion on the UNL campus from January 19-21. Students rehearsed as an honor band, with the UNL Wind Ensemble, and in small chamber groups. The students presented their chamber ensemble performances the evening of January 20 and performed in concert under the direction of Dr. Barber of UNL on January 21. Caitlin is a sophomore at Exeter-Milligan. 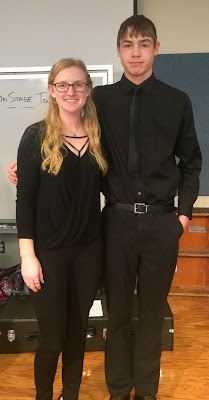 Senior Hannah Horne and junior Peytan Brandt from Exeter-Milligan recently traveled to Chadron State College to participate in the Chadron State College Honor Band.  Hannah played the baritione saxophone, and Peytan played a variety of percussion instruments for the concert.  They rehearsed February 5-6 and presented their concert the evening of February 6. They were directed by Dr. Michael Knight, Director of Bands for Chadron State College. 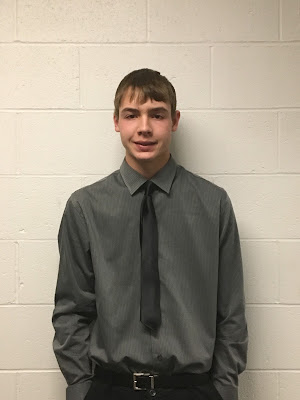 Exeter-Milligan junior Peytan Brandt was selected through audition to play the timpani in the Wayne State College Symphonic Band on Saturday, January 27.  Peytan rehearsed throughout the day under the direction of Mr. Brad Weber and performed in the 4:30 pm concert.