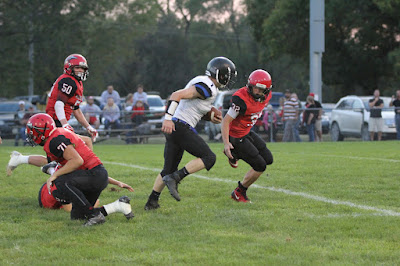 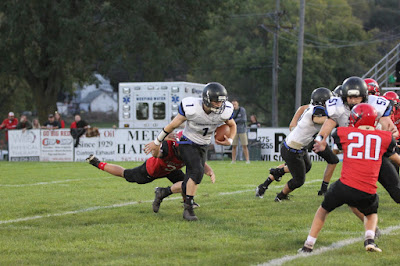 Above- Colton Bossaller was back on the field tonight and slipped through several Indians to make some yards.


Exeter-Milligan traveled to Weeping Water Friday night to meet the Indians on their home turf.  The Indians got on the board first with 9:41 left in the first quarter but that was the only time they got anywhere close to their end zone.
With two more Timberwolves back on the healthy side of the roster, the sidelines weren't as empty for the team this week.
Spencer Pribyl found Jackson Beethe wide open and sent him a perfect pass that Beethe carried halfway down the field untouched into the end zone. Next to put up points was Colton Bossaller with six before Pribyl kept the ball for six more.  The board was sitting at 20-6 when Pribyl headed into the end zone again.
Joey Bartu had a turn for six at the end zone along with Seth Maxson and Max Zeleny before Trever Zelenka capped off the scoreboard with six more and Maxson add the two points on a pass from Pribyl.  The final score - 58-6.  The Timberwolves will play Parkview Christian Friday night for Homecoming in Milligan. 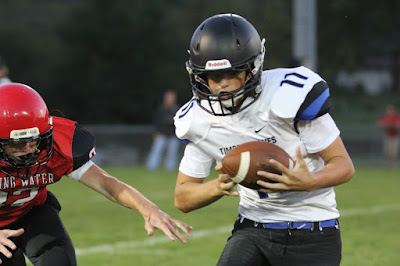 Above and Below- Jackson Beethe caught a Spencer Pribyl pass, slipped a defender and went all the way down the field untouched for 6 for the Timberwolves 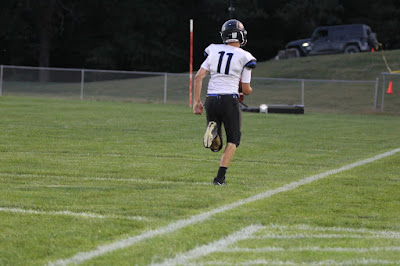 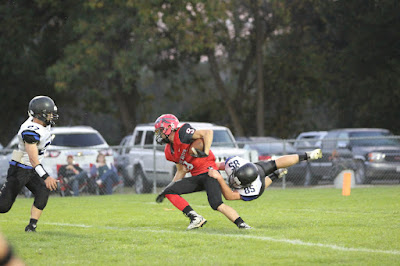 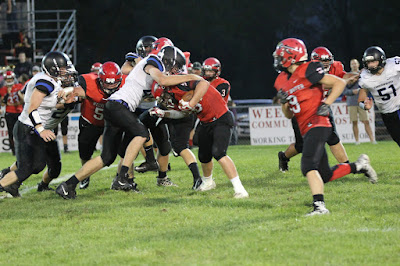 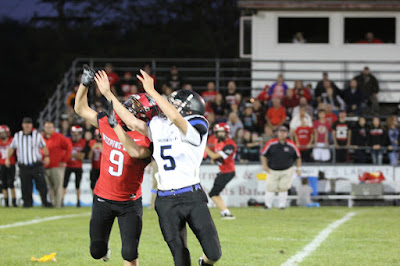 Trever Zelenka attempts to catch a Pribyl pass but pass interference was called on #9 and the Timberwolves capitalized on the penalty for six points. 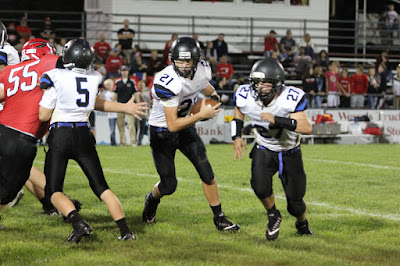 Above and below - Joey Bartu blocks for Quarterback Spencer Pribyl. 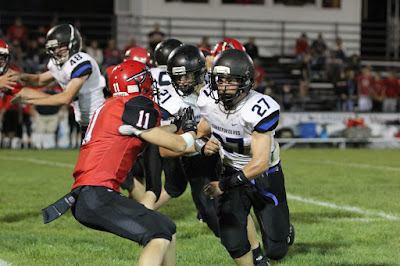 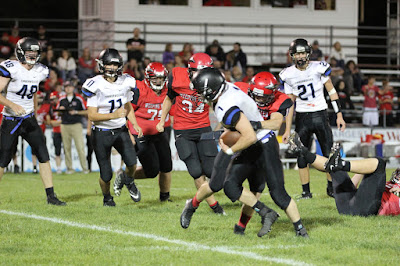 Above - Colton Bossaller carriers the ball.  Below Max Zeleny carries for some yardage. 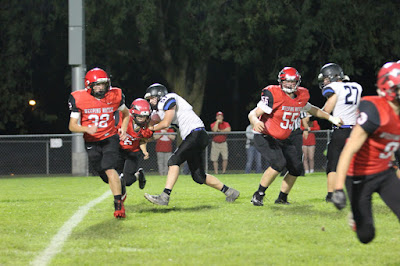 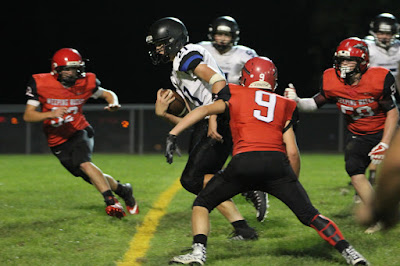 Above - Pribyl crosses into the end zone for a Timberwolf touchdown.  Below - Pribyl and Beethe take down the Indian ball carrier. 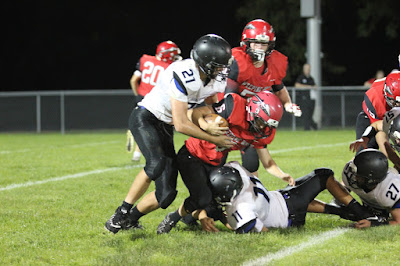 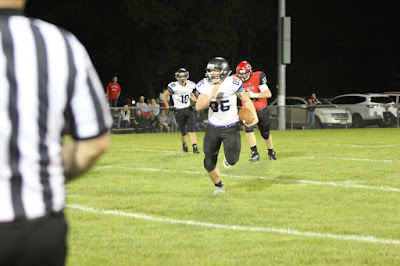 Above - Zeleny with the ball and Below - Bossaller headed in for six points. 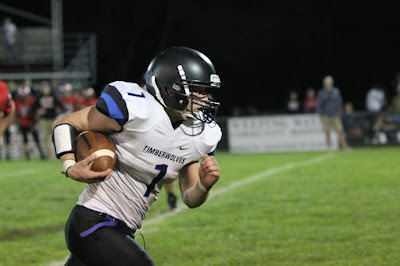 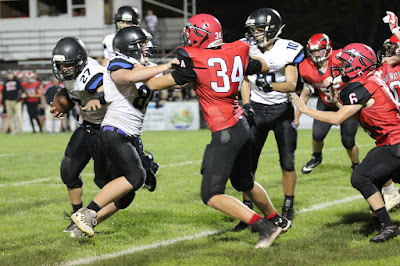 Above - Bartu carriers the ball with Zeleny and Seth Maxson blocking.  Below- Trever Zelenka carries the ball. 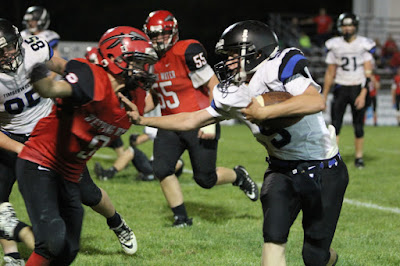 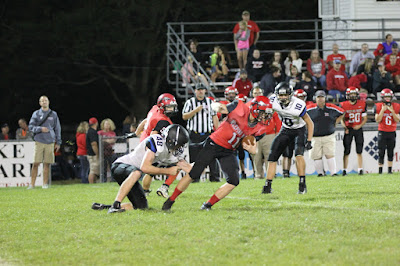 Above and Below - Ryan Sharp takes down the quarterback.  Sharp had several sacks on the night. 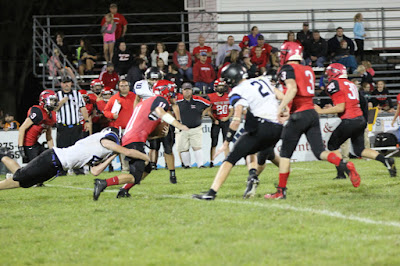