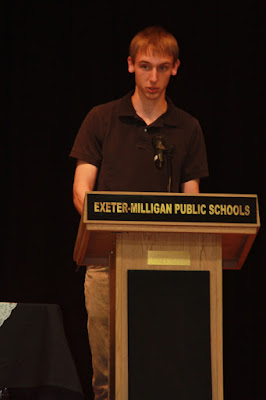 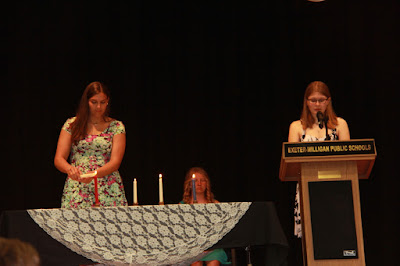 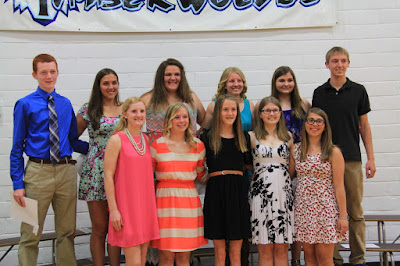 Exeter-Milligan recognized the outstanding accomplishments of their students during Honors Night on Tuesday, May 3.

First, Exeter-Milligan inducted four more students into the prestigious National Honor Society.  Samantha Horne welcomed the audience and then she, along with current members of the Society Trystan Brandt, Haylee Sheffield, Ella Wilkins, Sydney Hall, Bailey Steuben, and Ashley Benorden introduced the mission of the organization.

Math teacher Miss Severson was first and she spoke about the junior high math contests along with recognizing the annual staff and the hard work they have done for this year’s school annual.  She also read the names of those who participated in Actions day along with the awards they earned.

Mrs. Pribyl spoke on the senior high math competitions and thanked the boosters for their donations of lunch for the students as they were traveling.

Mrs. Murphy, band and vocal instructor, gave the audience a brief review of the year’s music events.  The highlight of the year was the band receiving a superior ranking from all three judges at the district music contest.  She recognized Jack Dinneen with the Semper Fidelis award with the second highest amount of letter points with Janey Due receiving the John Phillips Sousa award for the most letter points in band.

Mrs. Barnhart recognized the students who participated in one-act play production and speech.  She noted that two actors, Carmin Colacci and Ella Wilkins, received outstanding performances at the district level.

Mrs. Vossler gave an overview of the Family Career Community Leaders of America activities for the year.  The group was busy with roadside cleanup, their pink out, and orange out along with their district and state conferences.  FCCLA also had several STAR projects qualify for the state competition this year.

Mrs. Kanode presented the art awards, recognizing the students who had won at different competitions and those who were instrumental in making the Family  Art Night a success.  She presented Brianna Beatham with the artist of the year award.

Sheffield presented the Citizenship awards from the American Legion and Auxiliary to Brianna Beatham, Patrick Murphy and Kirby Soukup.  The All School Citizenship Award was given to eighth grader Caitlin Murphy. 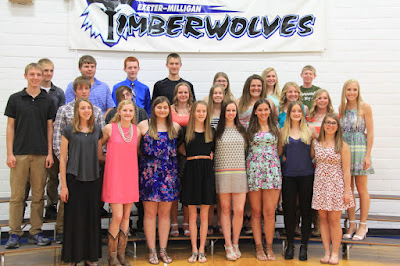 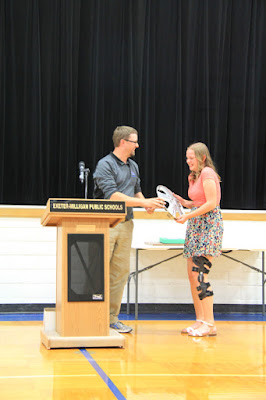 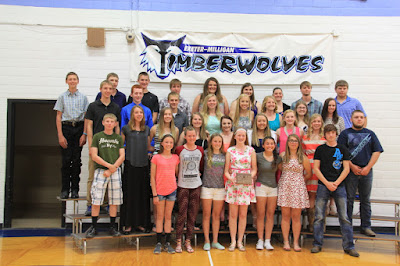 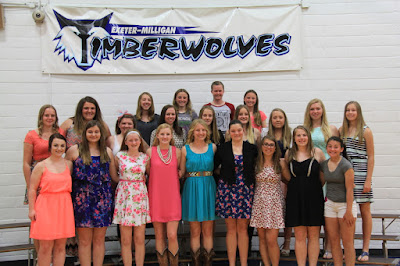 Members of FCCLA
Posted by Leesa Bartu at 7:30 AM