All Photos courtesy of Ronda Korbelik

In a matter of 48 hours the town of Milligan was transformed from a quiet village to a concert venue for a Super Bowl commercial all courtesy of Pepsi.

The Pepsi machines showed up in and around town on Thursday and the free machines emptied quickly before reinforcements were sent in on Friday and Saturday.

The concert was announced on Friday but the star of the show was not announced until Saturday morning.  Country star Lee Brice arrived at the York Airport on Saturday morning and also from York were the York High Band, York High Dance team and cheerleaders filming parts of the commercial during daylight hours.

Frigid temps in Milligan didn't keep the crowds away and the town turned the water tower Pepsi blue along with displaying the logo on the side of the grain bins at Kassik Mills.  The film crew was in town all day.

The concert venue was downtown Milligan with Evening with Friends restaurant playing host.  The concert was free and Pepsi also passed out lots of 12 packs of Pepsi and followed the concert with a fireworks show.

The commercial is scheduled to film at halftime during the Super Bowl February 2nd. 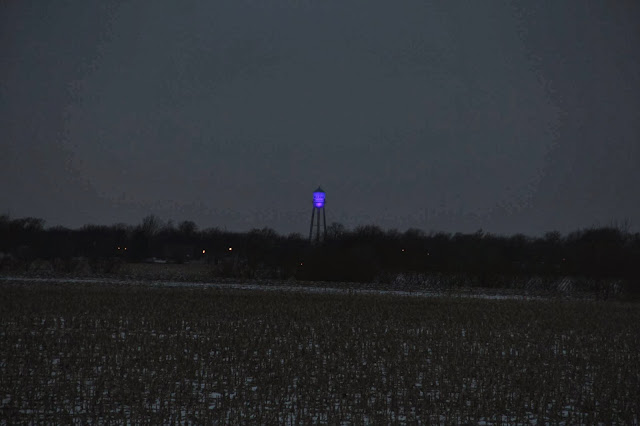 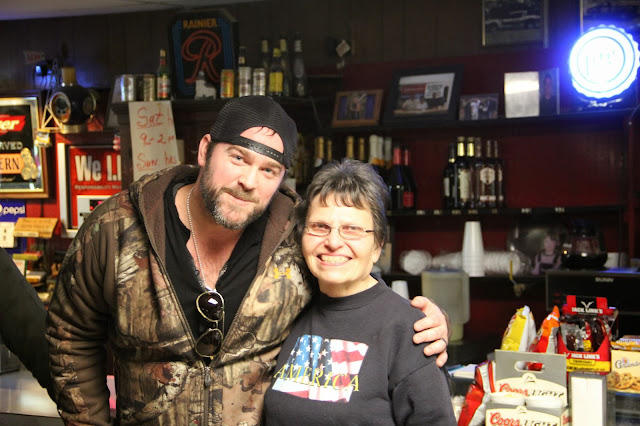 Lee Brice at dinner in Ron's Tavern and spent some time with owner Elaine Korbelik.
Posted by Leesa Bartu at 8:56 PM