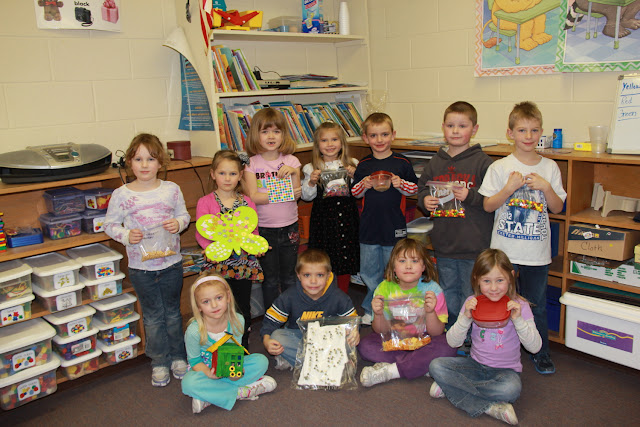 The Kindergarten class posed with their containers of 100 items.  They are pictured in the front row from the left Jolene Vossler, Mikey Bartu, Ayla Kahler, and Emma Rose.  In the back row from the left are Madison Rankin, Emma Meyer, Liberty Johnson, Kierra Papik, Aiden Vavra, Jayden Capek, and Carter Milton. 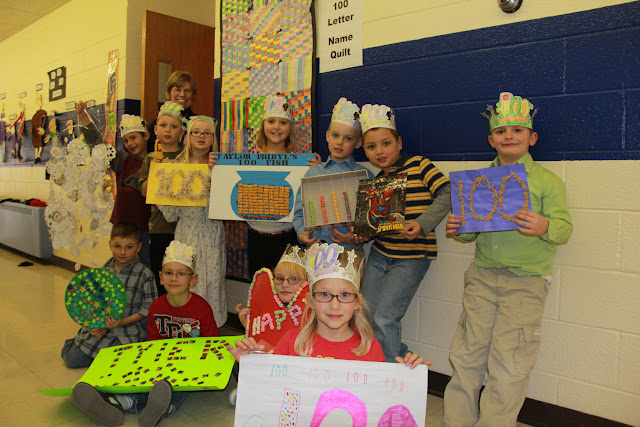 – The first grade class at Exeter-Milligan posed with their 100 day projects.  They are pictured in the front row from the left Josh Meyer, Tyler Due, Amarah Carr, Savana Krupicka.  Back row Devin Harrison, Trenton Vossler, Savannah Horne, Taylor Pribyl, Troy Kallhoff, Dravin Birkes, Andrew Vavra with their teacher Mrs. Lott in the back. 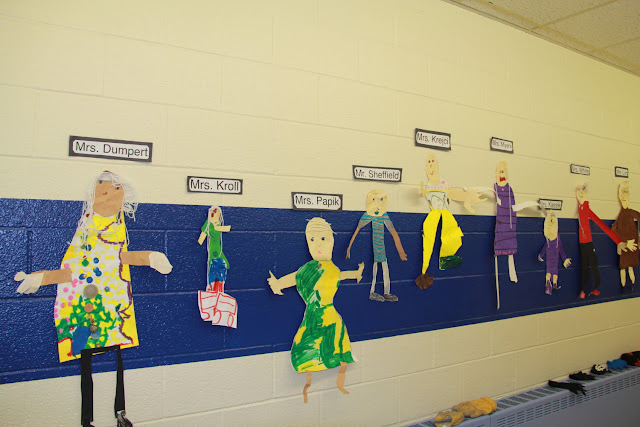 Here's what some of the teachers and staff at Exeter-Milligan will look like when they are 100 according to the elementary students. 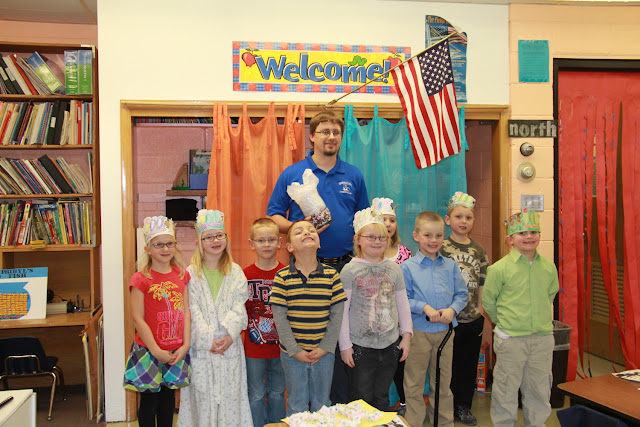 The first grade class with Mr. Marr who brought them 100 tootsie rolls. 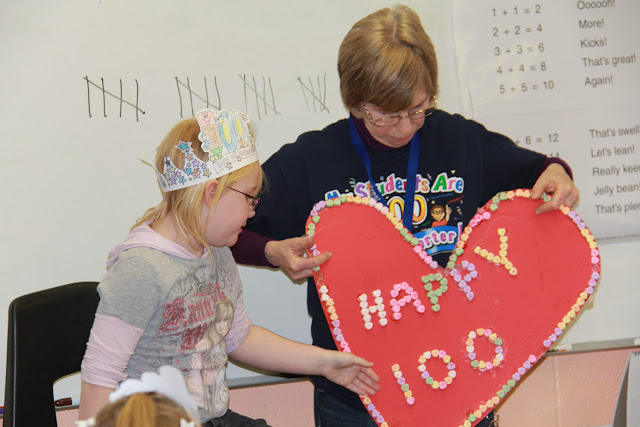 Amarah Carr explains to her teacher Mrs. Sharon Lott how she and her family made her 100 day project out of valentine conversation hearts for the 100th day of school. 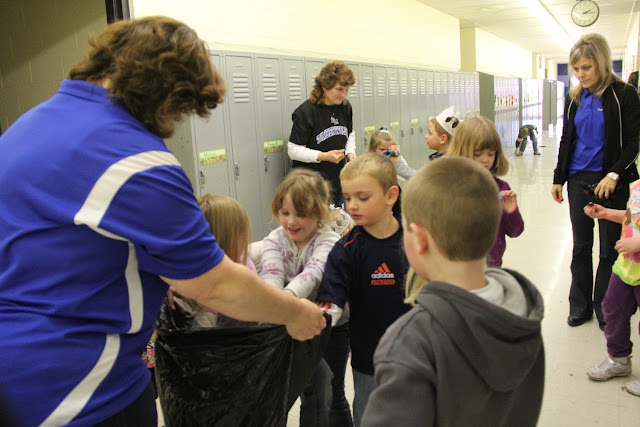 The Kindergarteners pick up the pieces of balloon's they popped at the end of their 100th day of school. 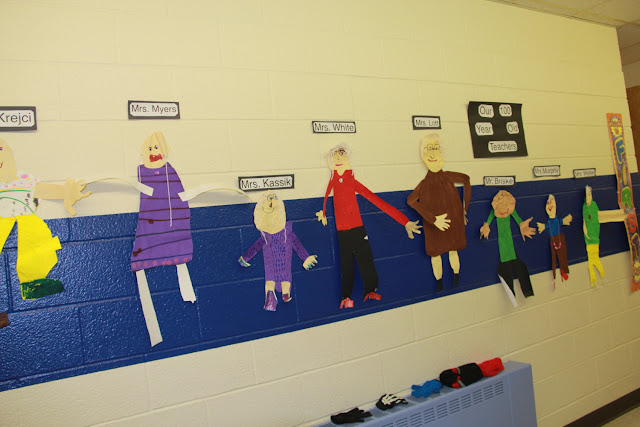 The Exeter-Milligan Kindergarten and First graders celebrated the 100th day of school on Friday.

In each class the students brought 100 of something for a 100 show and tell.  In the Kindergarten they were instructed to bring 100 items counted out while the first graders were asked to create something with 100 items.

Students brought a variety of objects to the classes ranging from 100 pieces of candy or nails to puzzles with 100 pieces, 100 paper snowflakes and displays with 100 stickers.

Throughout the day the first graders had lots of celebrations about 100.  They made special 100 hats, had a visit from Mr. Marr from the high school who brought them 100 tootsie rolls, dressed up like they were 100 years old and created lots of special 100 displays.

Both classes created a display of mittens and hats that were strung in the hallway.  The first graders had created a 100 piece paper quilt, they had read over 100 books and had a special doorway entry to display the names of the books.  The first graders also created the 100 year old likeness of some of the teachers and staff at Exeter-Milligan to brighten the hallway.

The first graders also made their own 100 snack mix.  They each brought a component to the snack mix and then counted 100 pieces of the item they brought and added it to their bowl of mix.  They included mini marshmallows, cereals, crackers and candies.

The kindergarten class will continue to work on 100 for the next week as well and left their 100 counted items at school to use as part of their 100 unit.

The end of the day brought a special treat as the second graders joined the kindergarten and first graders and they jumped, stomped and sat on 100 balloons to pop them in the hallway.
Posted by Leesa Bartu at 7:30 AM