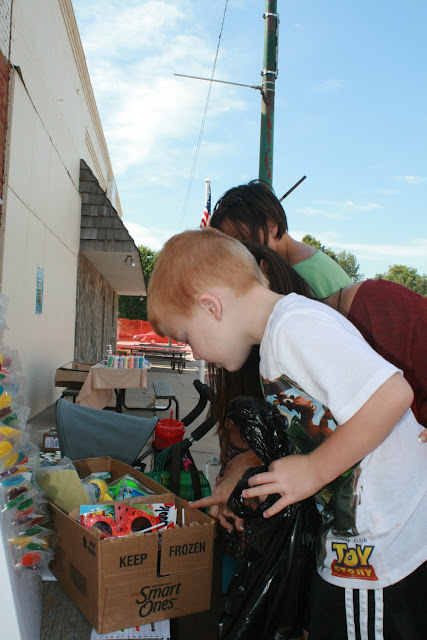 Brett Kallhoff digs in to the pile of prizes after earning a prize at one of the Kiddie Games. 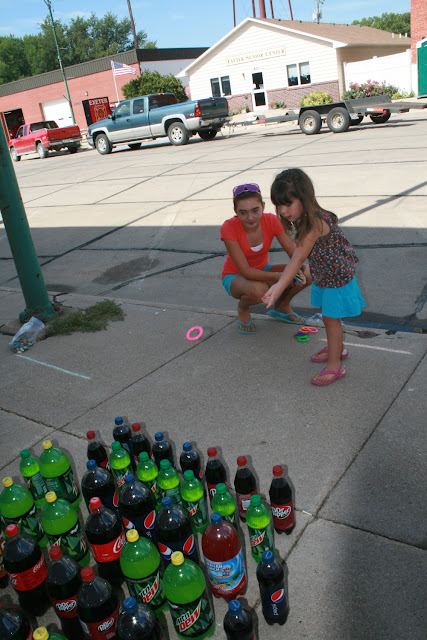 Hannah Beethe watches as Brooklyn Oldehoeft toss a ring to win a pop.  After many tries Brooklyn was excited to take a big pop home for her Dad. 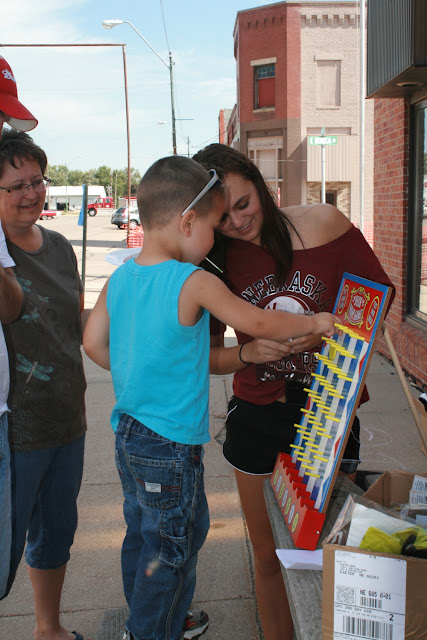 The Exeter Chamber of Commerce sponsored kiddie games at the Exeter Fun Days.  The games were run by the Exeter-Milligan Cheerleaders with a few extra helpers.
Posted by Leesa Bartu at 8:47 AM