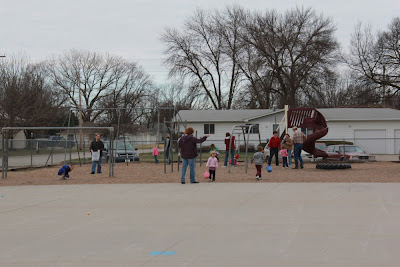 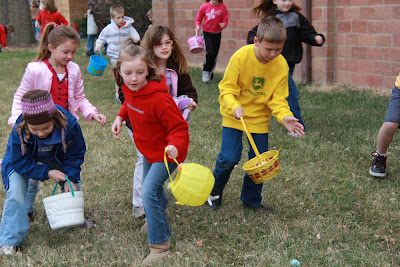 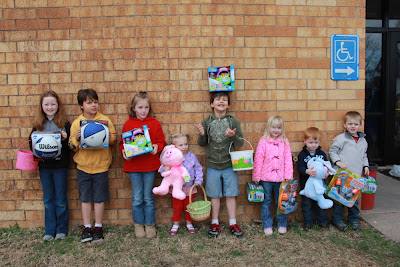 Flowers are starting to bloom, snowshowers are changing to rainshowers which presents that Easter time of year. On Saturday, for the first time in several years the Exeter Chamber of Commerce Easter Egg Hunt was held outside at the Exeter school building.
Over 50 kids fourth grade and under arrived and registered, eager to start hunting for over 1000 candy filled eggs on the school grounds.
The eggs were filled and hidden by members of the Exeter-Milligan FCCLA and Cheerleaders. They led the kids to their hunting areas and let them loose.
After all the eggs were found names were drawn for the door prizes. Caitlin Murphy and Hunter Ostrand were winners in the third and fourth grade division, Emma Olsen and Johnathen Ostrand won in the first and second grade category.  Savannah Horne and Troy Kallhoff won the prize in the preschool and kindergarten division and Layla Whitford and Brett Kallhoff were the three and under winners.
Posted by Leesa Bartu at 8:59 AM