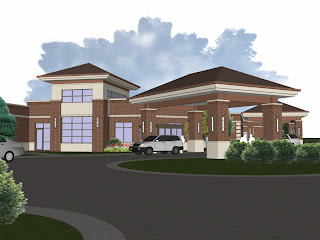 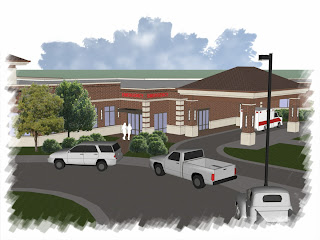 Of the 1713 who voted in the hospital special election the official results show that 1298 supported the new hospital while 415 lodged their vote against building a new hospital. The results were finalized with Exeter voting 71 for and 52 against.

With the overwhelmingly positive vote, the Hospital Board will now wait for notification from the USDA regarding the loan application for the project. That decision is expected sometime around August 31st.

Following approval of the USDA loan the Hospital Board will have to finalize all of the financing between the USDA and the General Obligation bonds before completing transactions on the site acquisitions.

"Should all of the pieces of the plan proceed as scheduled, a start date in the month of October should be possible," said Utemark.

As of now, the medical clinic is included in the funding application for the new hospital as an option but could be a possibility with a capitol campaign that is being discussed by residents of the county.

Fillmore County Hospital Board members and Utemark are thrilled with the results, "We are thankful the voters of Fillmore County attended town hall meetings, asked questions, became informed and turned out to vote. The strong support of the proposed project is appreciated by the board and the hospital staff."